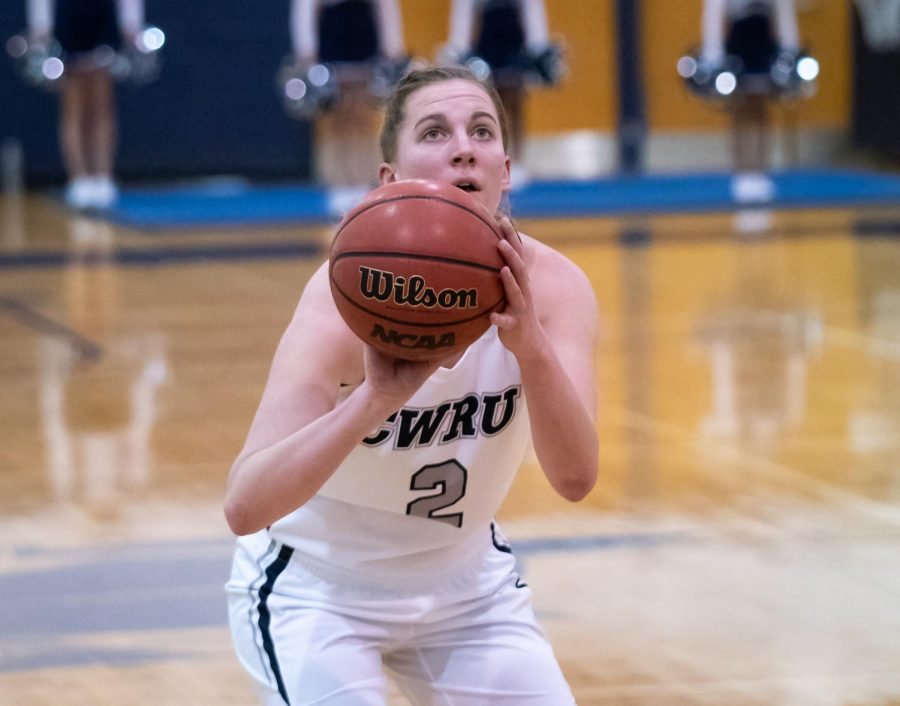 The Case Western Reserve University women’s basketball team split their final pair of home games this weekend, claiming a win against Emory University 63-58 but falling to the University of Rochester 73-63. The Spartans’ overall record is 14-10, placing them fourth in the University Athletic Association.

The Spartans started the weekend on Friday night when they came out victorious against Emory, who entered the game on a seven-game winning streak. Third-year guard Alicia Marie Gonzales started the game picking the pocket of an Emory guard and making a three to put the Spartans on the board early in the first. The Spartans ran their offense well, with second-year forward Emma Cain and fourth-year forward Hillary Hellmann attacking the paint.

First-year guard Abbey Lawrence said running the offense was crucial in crunch time: “We worked a lot [going through plays] in practice … we all had this drive, the need to win, [everyone] was locked in and focused.”

Both teams struggled to score in the first quarter but turned up the heat in the second, shooting 53.8 percent from the field for CWRU and 50 percent for Emory. With the constant point-trading, the score remained close throughout the whole game, with neither team garnering a lead greater than five points. Midway through the third quarter, Gonzales knocked down a three to bring the lead to 37-32 for the widest margin of the game to that point. Emory responded with a layup, bringing the margin back down to three.

The teams battled to a tie at 44 at the end of the third. In the fourth, the Spartans played excellent perimeter defense to force Emory to miss seven out of eight three point attempts. After a timeout, Cain delivered two straight lay ups and Hellmann made a jumpshot to extend the Spartan lead to five. The Spartans held on during the last minute of fouling to prevent Emory from coming back.

Although graduate student Kara Hageman struggled with her shot throughout the game, the team created open opportunities for her on the midrange. Hageman remained crucial to the Spartan interior defense, grabbing 14 rebounds and recording two steals and two blocks.

The following day, the Spartans took on Rochester. The Yellowjackets started the game with a 10-2 run. The Spartans were outrebounded by Rochester 50-32, and struggled from the perimeter shooting 2-for-10 as a team from beyond the arc, allowing Rochester to give shooters space and protect the paint. The Spartans were never able to gain a lead but came close on multiple occasions in the third. In the fourth, the Spartans struggled offensively, relying on Hellmann to score nearly all of the team’s points.

“[The team] had difficulty rebounding [and] boxing out. They jumped over us. [We] need to do a better job,” said Lawrence

Hageman finished the game with 20 points and 14 rebounds, hitting the 1,400 career point mark while Hellmann notched 18 points and six rebounds. The Spartans look to end the season strong on Senior Day against Carnegie Mellon University, Saturday, Feb. 23 at 2 p.m.

On the impact that Hellmann and Hageman has on the team, Lawrence commented: “[They] were really welcoming and encouraging, especially to the freshmen, [being] great role models … we hope we can live up to what they accomplished.”