Women’s basketball struggles in back to back tournaments 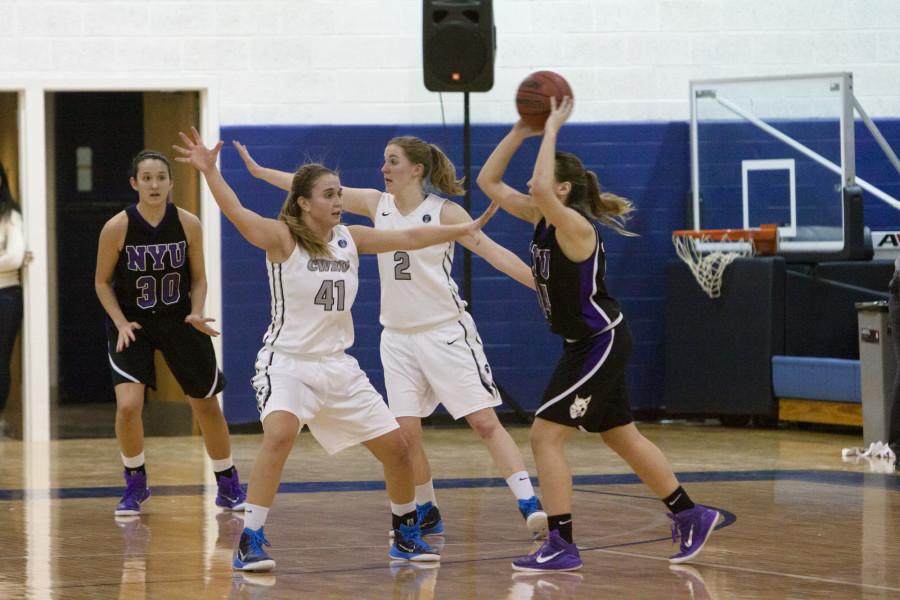 The Spartans look to rebound after dropping four straight games these past two weeks.

Since you last heard from them, the Case Western Reserve University women’s basketball team has played four games. The Spartans struggled in their two tournaments, dropping three of the four matchups. However, the team remained competitive in all games with a points margin in their favor as they outscored opponents 285-283 over the course of the four games. Despite this, they were only able to come away with a single victory.

The first of the four games was the ladies’ third matchup of the season, playing in the M Club Classic at University of Mount Union. They lost the game 73-69, with the second quarter being the big killer as Waynesburg University outscored CWRU 24-10. Third-year student Jessica McCoy led the way for CWRU in this one, putting up a career-high 20 points. First-year student Hillary Hellmann put up a career high as well, totalling 18 in the losing effort.

The loss to Waynesburg in the first game led to CWRU playing in the consolation game of the M Club Classic, a game in which they found their first win. They defeated Elmira College to move to 1-3 on the season, winning the game 81-65. Two players were able to double up for the Spartans in this one, with second-year student Kara Hageman putting in 17 points and grabbing 10 boards, while Hellmann had another stellar outing, posting 12 points and 12 rebounds. McCoy and Alex Roth, a fellow third-year student, were able to each pour in 16 points for the Spartans as well. CWRU was able to outscore Elmira 19-6 in points off turnovers, accounting for almost the whole margin.

This past holiday weekend, the Spartans played Rose-Hulman Institute of Technology in the Jim Meagle Turkey Shoot Tournament hosted by Marietta College. The Spartans fell, 68-60, to move to 1-4 on the season. McCoy was once again a bright spot for the Spartans, putting up 18 points, and fourth-year student Laura Mummey was able to get a double-double with 15 points and 10 rebounds. Although the Spartans put together a 16-0 run early in the first quarter, they could not carry the momentum needed to beat Rose-Hulman.

The final game was the consolation match up in the Turkey Shoot Tournament, where the Spartans lost a nailbiter to Hiram College. The final score was 77-75, the end of a game which saw a high scoring fourth quarter, 29-27 in favor of Hiram. A familiar trio led the Spartans as McCoy put up 19 points to go along with her career high seven assists, while Hellman and Hageman both scored and rebounded well. Hellman had 18, Hageman had 16, and they both grabbed nine rebounds. Following the two games, McCoy made the All Tournament Team at the Turkey Shoot. CWRU dropped to 1-5 with this loss, but having played in a bunch of close games, success is right around the horizon.

The first home game of the season was played Wednesday, Dec. 2, after The Observer had gone to print, against the College of Wooster, and will be followed by a few more home games in quick succession. Be sure to head down and support the team as they look to turn their early season struggles into some victories. The next game is Saturday, Dec. 5 at 5:30 p.m.