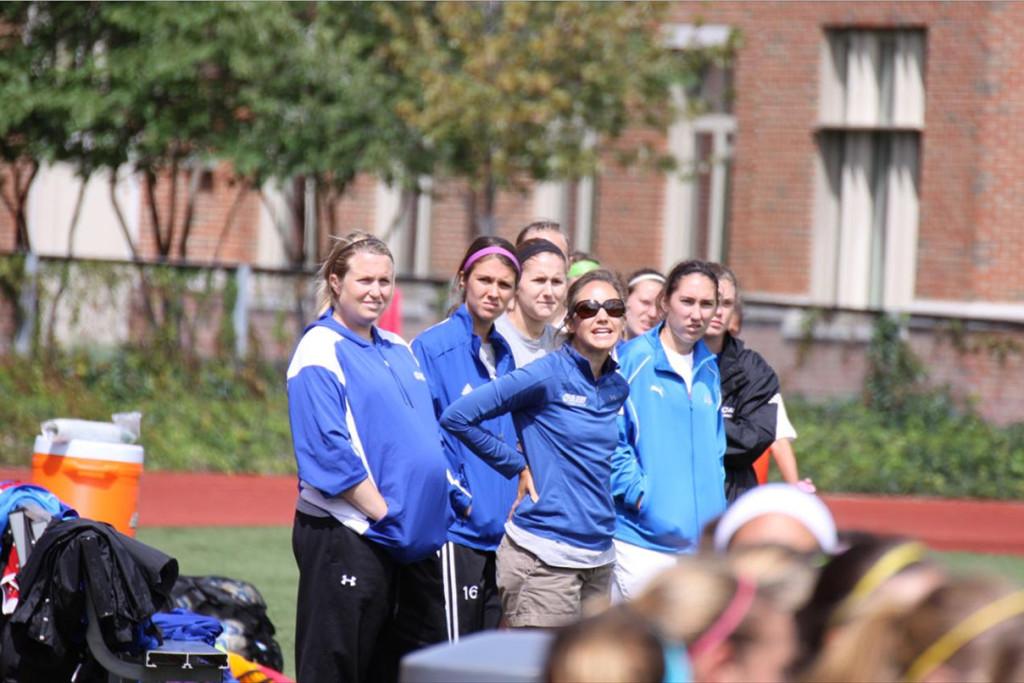 The Spartans fell behind 2-0 just a minute into the second half in the game against Transylvania Friday night. The outlook was bleak until sophomore Kate Dolansky placed a shot between the posts and past the Transylvania goalkeeper in the fifty-second minute. Still down 2-1 captain Leah Levey, fresh off contending for Team USA at the Maccabiah Games, added a goal of her own in the seventy-seventh minute to bring the game to a tie. With less than 10 minutes left in regulation, forward sophomore Kiley Armstrong scored off a corner kick, giving the Spartan’s their first lead of the game and the win once the final whistle blew nine minutes later. The win came with a strong performance from the defense as well. “The back four played well,” Crooks said. “It was a good week.”

Saturday the Spartans faced the Centre University Generals who are currently ranked eighteenth nationally. Centre edged out the Spartans 1-0, scoring the only goal of the game in the thirty-seventh minute. Case Western had a strong outing, even though they dropped to 1-1. Junior goalkeeper Abbey Smith, who made her Case debut on Friday, made six saves and the defense helped the effort, clearing eight corner kicks taken by the Generals

The offense was led by Dolansky and forward Caitlyn McGillis, who both forced saves by Centre late in the game, but were unable to tie the game.

“The difference was in the offenses and defenses of the two (opponents),” said Crooks about the difference between the two games.

The Spartans return home with no big changes needed, just a need to find the right fit. Throughout both games Crooks and her staff cycled the same set of players through many different positions in an attempt to find the perfect line-up. “We are open to learning,” said Crooks, “we want to keep growing.”

Practice this week has been focused on finding that perfect lineup heading into the home opener at Case Field tonight, Friday Sept. 6, at 7:30 against Heidelberg University. After tonight’s game the team plays The College of Wooster at home on Tuesday Sept. 10 before going on the road again Thursday Sept. 12 against Oberlin.

In addition to moving forward to finding the perfect line up, the weekend was a big chemistry builder for the team. “The away trips are a lot of fun,” Crook said. The team has time to get to know each other and bond as a team. Crooks sees being on the road as a great experience of getting away from campus and growing as a team. As the team grows closer together and makes needed minor adjustments, it should be well-prepared going into the next week of games.