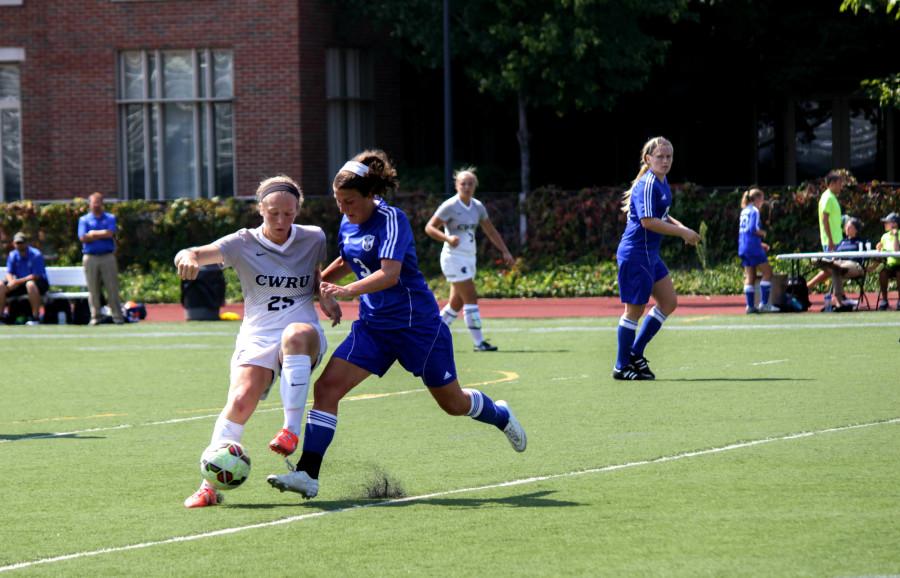 Marley Praprost battles for the ball earlier this season. The women’s soccer team ended their season with a loss to Carnegie Mellon last weekend.

Women’s soccer played their final game of the season at home last Saturday, Nov. 7 against Carnegie Mellon’s (CMU) team, which is ranked fifth in the University Athletic Association (UAA). The game made it into double overtime before CMU found the back of the net and delivered the striking blow to the Spartans for the 1-0 loss.

The game saw neither side score until 103 minutes into the game, about two minutes into the second overtime period. CMU player Haili Adams scored their winning goal off of her teammate Samantha Smith’s free kick. Fourth-year student and goalkeeper Megan Romelfanger made eight saves during the game before this goal was made.

Women’s soccer finished the season ranked 47 in the UAA conference, with seven wins, seven losses and four ties. Through the 18 games of the season, the Spartans’ defense yielded only 14 goals.