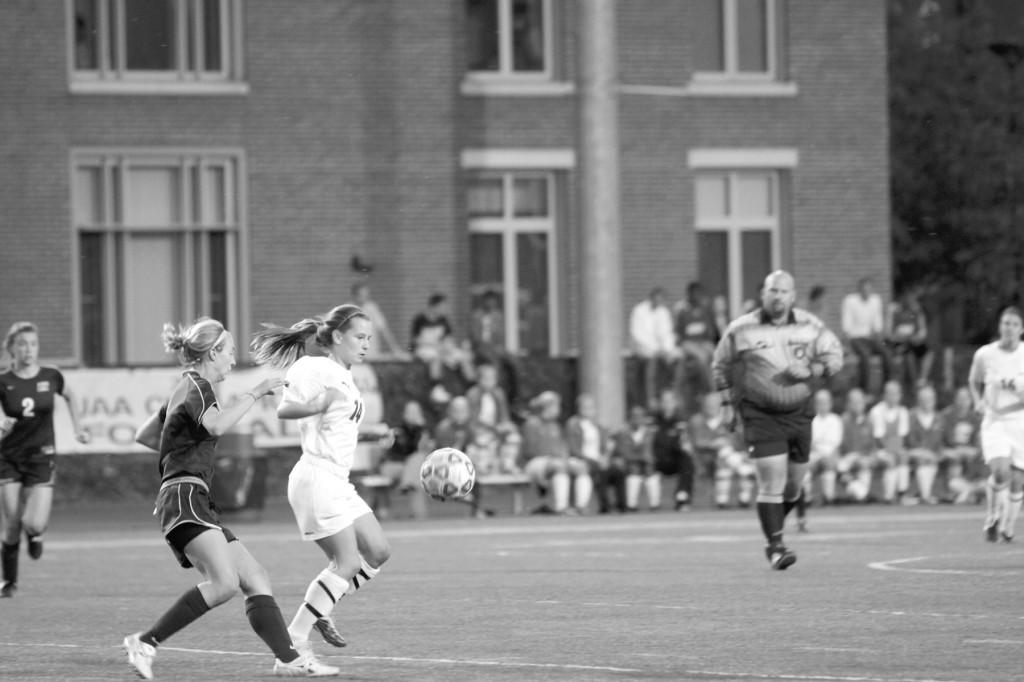 Despite a promising start to the 2010 season – and a previous victory over Brandeis last year – the Spartans fell well short this past weekend at Brandeis University. The kick off to their University Athletic Association conference schedule was disappointing with an unsettling final score, 5-1. Last season the Spartans beat Brandeis in a close 1-0 win, so this loss certainly seems surprising.

Head Coach Tiff Crooks, however, isn’t too concerned. “I don’t think it’s anything to get worked up about,” she says, “I think it was one of those days where things weren’t going our way.” Crooks might have a point; Brandeis is definitely worthy competition, especially considering they are ranked No. 2 in the New England region by the National Soccer Coaches Association of America and are also currently nationally ranked at No. 18. CWRU is ranked No. 10 in their region, which, as Crooks puts it, is “a big deal.”

In the first half, Brandeis came out with intensity and energy; they had six shots and a goal by Tiffany Pacheco all in the first ten minutes. Another ten minutes later and Brandeis had another goal, this time scored by Sofia Vallone. The Spartans were able to retaliate despite Brandeis’ early goals; Erica Sackett assisted Kendra Simmons’ blast from 20 yards out. The second half, unfortunately, was a different story considering that Brandeis finished on three more goals. In the last ten minutes the Spartans did find some momentum and were able to get 8 shots of in just twelve minutes.

With a strong returning lineup and impressive new potential, the season outlook for the Spartans had the promise to be the best yet. Everyone had high expectations for the start of conference play, especially, the question is – what went wrong? It turns out that this loss simply may be the result of bad luck and unlucky breaks. The result was bad and the on paper the loss looks like a reason to head for the hills. But when you take a closer look, the Spartans and Brandeis had very similar high shot counts, meaning they were both creating the opportunities and that actual play was extremely competitive.

“We actually controlled most of the possession,” says Crooks, “but they had a couple of outstanding individuals that hit a few long range shots that were pretty awesome. There wasn’t much we could do. We created some very good chances.” Crooks is right.

The Judges’ top star Sofia Vallone had a hat trick, and four of Brandeis’ five goals were scored from outside of the penalty box. It will certainly be interesting to see how the Spartans do in their next UAA conference matchup, because this loss can’t be fairly used as an indication for the rest of the season’s direction.

Crooks agrees with an optimistic attitude, “We’ll regroup and come back strong for the remainder of the season. We’ll develop a good game plan for NYU, who just knocked off Rochester, and look to compete for a result on Saturday. Our mid-week match up with Hiram will be a great game to come back on. They’re a much improved team and will provide us with a good challenge. It will be a great look at our resilience and ability to step back up after a disappointing loss.”