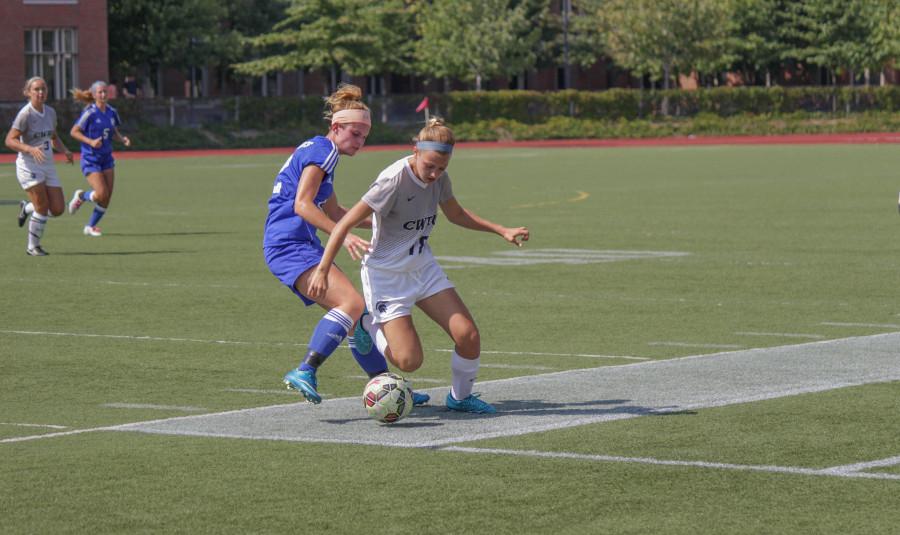 The Spartans battled to a scoreless tie this weekend at home against Wooster.

The last week was a relatively quiet one for the Case Western Reserve University women’s soccer team, only playing one game. It was a home game last Saturday in which they hosted the College of Wooster. The game ended in a scoreless draw that seemed the right result, given Wooster had four shots on goal to CWRU’s three.

There are positives to draw from the match: CWRU was able to preserve their 10th shutout in 15 matches on the season. It was goalkeeper Megan Romelfanger’s sixth individual shutout on the season. Although coming out of this game with a win would have felt better, the defense continues to play well together heading into two difficult games in conference play this weekend. Head Coach Tiffany Crooks said, “Our program has traditionally been very strong defensively. This year has continued that trend. We’re organized, hardworking, and consistent in the back.”

The Spartans will be on the road this weekend to play two ranked University Athletic Association (UAA) teams. The first of these games is on Friday against 19th ranked University of Chicago. They will follow that up with a game on Sunday against 6th ranked Washington University in St. Louis. The CWRU women have an 0-3-1 mark in UAA play thus far, and will be needing a bit of a jump start this weekend against two very good soccer teams.

The key will be to get out ahead early, because their defense has proven time and again that they can keep teams from scoring.

Conference play presents different challenges for the Spartans, so Crooks says, “We will need to execute our game plan that was designed just for these two games. We will be playing slightly different than in our recent games.”

If CWRU can score the first goal this weekend in their matches, they may not have to worry about scoring a second, and they can back into the thick of conference play as the season proceeds towards a hopefully exciting conclusion.

Crooks recognizes the inherent difficulties of UAA play, acknowledging, “Being on the road in the UAA presents its own unique challenges as well … Being resilient and able to roll with the punches of group travel are important as well.”

The Spartans will have two huge games coming up this weekend, and will need to play their best to get back into the thick of things in conference. With a strong defense in the back, the ladies should be able to get the results they are hoping for.