Women’s soccer to open against Transylvania 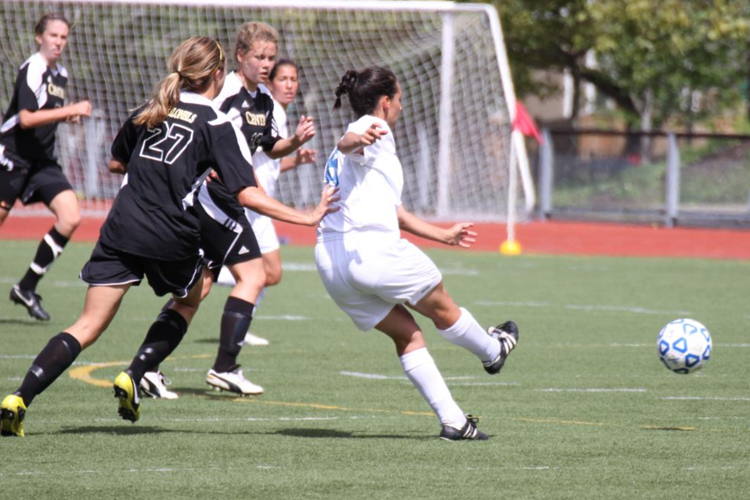 The Spartan women’s soccer team will play back-to-back road games this Friday and Saturday. Along with that challenge, the team has scheduled five of their first seven games on the road. The team, lead by Head Coach Tiffany Crooks, does not seem phased.

The strenuous road schedule may actually be an advantage, said Crooks, as it enables her student-athletes to really focus on their competition. “I think sometimes it’s easier to get on the road as Case students, because you guys have a chance then to be away from campus and really focus on what you’re doing as opposed to having so many things going on and coming from a hectic school day, then trying to focus on a competition,” she said.

Even more important, however, is the team building that comes from spending long hours in cramped spaces. “Rather than seeing it as a limitation or as a challenge, I view it more as an opportunity for the group to come together, for us to get a little more cohesive, for us to develop some resiliency early in the season,” said Crooks.

Team chemistry has already been forming during preseason practices, said Crooks. “Preseason can get a little bit grueling and a little bit old pretty quickly, and this group makes it fun. Every time we get out there, it’s an opportunity to learn and grow and re-establish what our best is,” she said.
Last year’s Spartan squad went 8-6-4 overall, with a 2-4-1 record in the UAA and a particularly impressive 6-2-2 on the road. Crooks attributes their middling record during 2012 conference play to unfortunate injuries. “Last year we had a ton of really bad luck that you couldn’t have planned. We had a lot of injuries to really really key players, so I think we made the best out of a really tough situation last year,” she said.

Leading the charge into the new season will be seniors Leah Levey and Rachel Bourque, at forward/midfield and midfield, respectively. Both started all 18 games of the 2012 season on the forward line before assuming their current positions.

Junior Jessie Sabers, the leading scorer, is also returning this year. She played in all 18 matches during the 2012 season, racking up 17 starts while leading the team with 16 points on a team-best seven goals and two assists. She also scored three game winning goals and was named UAA Offensive Player of the Week for the week of Sept. 4.

The roster also features 13 freshmen, who are eager to get in on the action. “They’re a really great group. Their mentality is they want to learn, they want to grow every day and they’re really enjoying the experience. I couldn’t be happier,” said Crooks.

Crooks is aiming her team to make appearances in the postseason, get into the top three or win the conference. But more important, she said, is incessant improvement. “Those are always going to be our goals, the tangible goals, but to me the only way to achieve those is to, day by day, figure out what your best is and raise the bar,” she said.

The Spartans’ first game is against Transylvania University tonight. Their first home game is on Friday, Sept. 6 against Heidelberg.