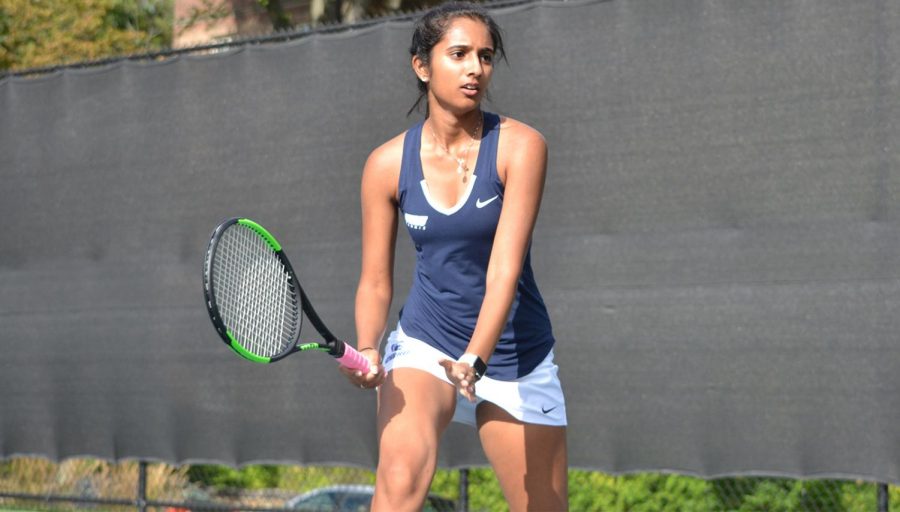 The Case Western Reserve University women’s tennis team had a difficult weekend, suffering three losses against three opponents. The team started the weekend with a match against No. 11 Kenyon College in Gambier, Ohio.

Despite an early lead, the Spartans were not able to conquer Kenyon. Second-year teammates Madeleine Paolucci and Nicole Cardwell claimed victory at first doubles and first-year teammates Eliza Georgiades and Nidhi Jha were victorious at third doubles. At second doubles, second-year student Mira Amin and first-year student Sneha Karnam fell to their opponents. CWRU was up 2-1 at the start of singles play.

The Spartans were able to pick up one win in the first singles match, but the remaining five singles matches were claimed by Kenyon, thus ending the day with a 6-3 loss for the Spartans.

The following morning, the Spartans returned to the courts to take on Swarthmore College. The match ended 5-4 with a loss for the Spartans.

Swarthmore claimed an early lead, which would forecast their victory. Their lead started at second doubles, where Amin and Karnam dropped the match 8-4. That match was followed by another loss for the Spartans, with Georgiades and Jha falling 8-4 at third doubles. Paolucci and Cardwell picked up the lone doubles point for the team with their 8-5 win at first doubles.

Heading into singles play, the Spartans trailed by one, but Paolucci started the play with a straight-set win, evening the match. The score stayed even after the next two matches, when Swarthmore claimed a win at fourth singles, and CWRU responded with a win by Amin at third singles. Swarthmore secured the win with victories at fourth singles and fifth singles, but Georgiades’ win at sixth singles brought the margin of the final score to just one.

The women went into Sunday’s match against No. 27 Denison University looking for a win to finish the weekend. Unfortunately, the Spartans were unable to pull out the win, and the team ended with a third consecutive loss.

In doubles play, the Spartans did not pick up any wins, putting the team in an early deficit that they would not be able to recover from.

The women were able to pick up two wins in singles play, Paolucci at first singles and Amin at third singles. The remaining four singles matches went to Denison, giving them a 7-2 victory. Paolucci’s singles win improved her to a team-best 15-5 record in singles play.

So far this year, the Spartans have a .521 winning percentage in singles play. The doubles play percentage is slightly lower, with a .492 overall percentage.

The three losses brought the Spartans to a 5-7 record for the season. They will return to action on April 6, when the women will play their first outdoor home tennis match of the 2019 season. The team will host Oberlin College at the Carlton Courts on Saturday at 4 p.m. The following day, the Spartans will face John Carroll University at the Medical Mutual Tennis Center at 6 p.m.