Women’s tennis has strong performance on the road 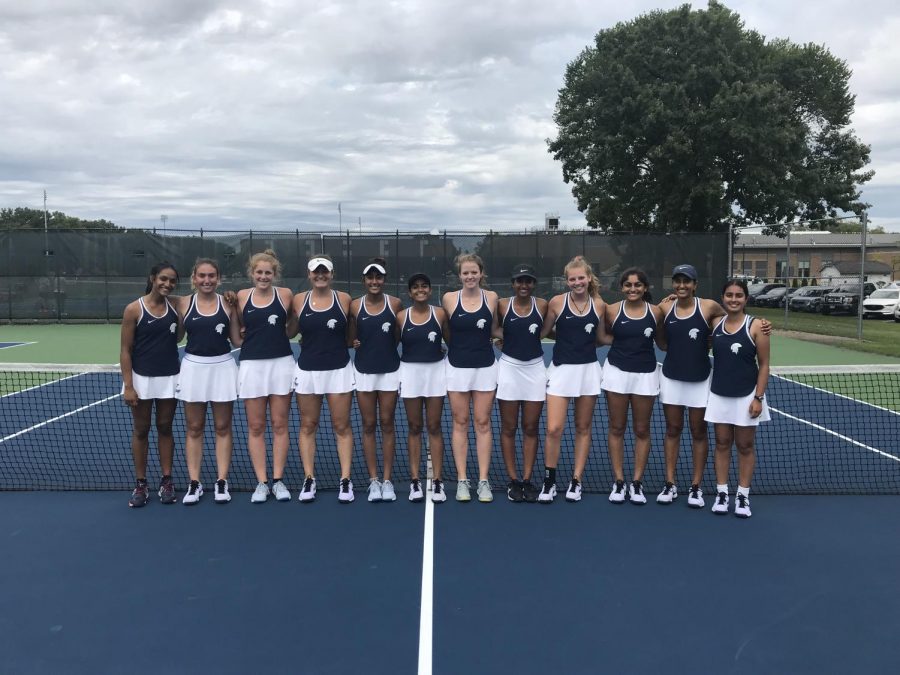 The women’s tennis team of Case Western Reserve University had a full Valentine’s Day weekend, with a game on Friday, Saturday and Sunday. The Spartans were on the road all three games, traveling to Holland, Michigan last Friday to play the 28th ranked Hope College, followed by a match against the 8th ranked University of Chicago on Saturday. To finish off the weekend, the Spartans traveled to Kalamazoo, Michigan where they played Kalamazoo College on Sunday. CWRU walked away from this weekend with a 6-3 win over Hope College, an 8-1 loss against UChicago and a 9-0 victory over Kalamazoo College.

Being the 29th ranked team nationally, the Spartans went into their match against Hope College as the underdogs. However, their play certainly suggested otherwise, as they battled the Flying Dutch and secured the win. The match started off somewhat slow for the Spartans in doubles play, where they lost two of the three matches. Luckily, the doubles team of second-year Nidhi Jha and first-year Nina Hoog was able to come out on top with a 8-1 win over Bailey Chorney and Delanie Riebschleger.

This left the Spartans in a 2-1 deficit, with a chance to turn it around in singles play. Third-year Nicole Cardwell started the team off strong with a 6-1, 6-0 win that brought two teams to a tie. However, Hope was not defeated, yet. They pulled back into the lead with Amanda Bandrowski’s win over first-year Savannah Bright. The Spartans then surged to the lead with wins from both third-year Madeleine Paolucci and first-year Shreya Ramani, giving them a 4-3 lead over Hope. This match came down to the final two singles competitors. Not ones to crack under pressure, the Spartans gained two more wins from third-year Mira Amin and Jha, giving them a final score of 6-3 and a win over Hope College. Feeling good about their start to the weekend, the Spartans were ready to take on the University of Chicago on Saturday.

Going into what was sure to be a tough match against the University of Chicago, having a win to back them up was surely a boost for the Spartans. Unfortunately, UChicago got out to a 5-0 lead against CWRU, gaining three wins in doubles competition and two wins in the first two singles matches. However, Paolucci was able to top UChicago’s Lauren Park in two sets of 6-2 and 6-3, respectfully. This competition dropped the Spartan’s overall record to 2-2, heading into their next match against Kalamazoo.

Despite their loss against UChicago, the Spartans did not lose their fire and showed what they could do against the Hornets of Kalamazoo College. On Sunday, the Spartans started off the match with a clean sweep during double competitions, with wins of 8-3, 8-3, and 8-4. Unsatisfied with just a regular win, and no doubt wanting a better outcome than the day before, the Spartans also swept the singles competition, with all the matches only going to two sets. This gave them a 9-0 victory over Kalamazoo, improving their overall record to 3-2.

The Spartans will host the No. 7 ranked Carnegie Mellon University and Otterbein University next weekend, so be sure to stop by the Medical Mutual Tennis Pavilion and Cleveland Skating Club to watch some exciting matches.