Women’s track tops Carnegie Mellon, but Tartan men prove to be too much 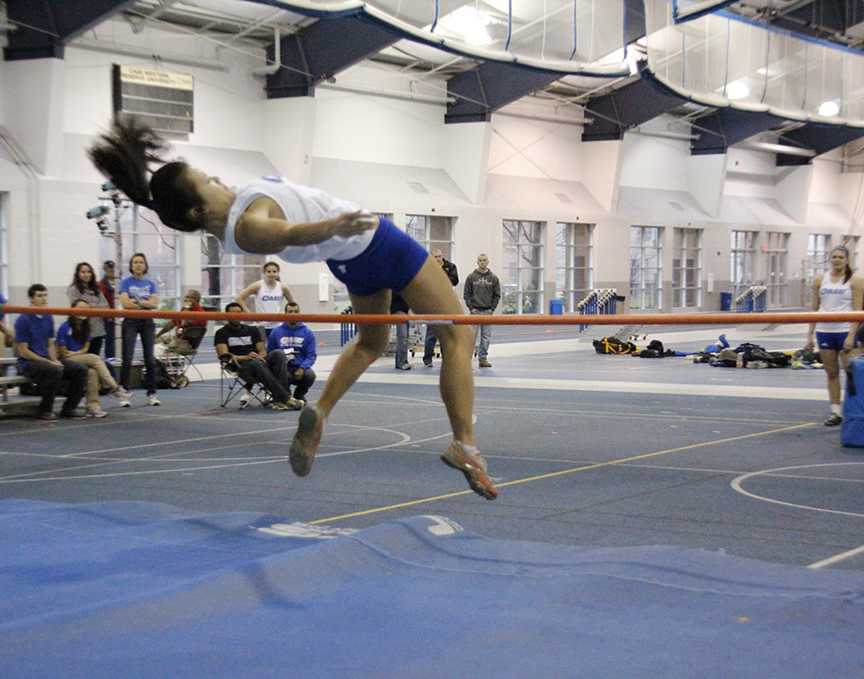 Nine individual wins and a relay title weren’t enough for the Case Western Reserve University track and field teams as they lost the Battle for the Obelisk on Saturday, Feb. 2, to Carnegie Mellon University at the Veale Center.  The Spartan women had five individual winners and one first-place relay quartet and were able to beat their counterpart Tartans, 66-61. However, a dominating 88-39 win for the US Track and Field and Cross Country Coaches Association Mideast Region No. 2 Tartan men sent the Obelisk trophy to Pittsburgh for the next year.

The Obelisk Trophy is awarded to the winning school in what has become an annual dual meet between the two programs started by former CWRU head coach Steve Rubin.

All five individual wins for the Spartan women came from different student-athletes.

On the track, junior Gavriella Pora squared off twice with CMU’s top sprinter Jacqueline Guevel. Pora won the 200-meter dash in 27.04 seconds and was runner-up to Guevel in the 55-meter in 7.63.

Pora also ran a leg for the winning 4×400-meter relay, as she teamed with senior Alyssa Harker and freshmen Juliana Ross and CeCelia Hanline and crossed the finish line in a time of 4:17.91.

In the 800-meter run, junior Brooke Simpson paced the field and matched her indoor career-best time of 2:28.98 as the Spartans claimed two of the top three spots.

In field events, freshman Christen Saccucci and junior Thenessa Savitsky each won their specialty events for the second-straight week.

Saccucci claimed victory in the pole vault by clearing a height of 10 feet, six and one-quarter inches. Savtisky won the triple jump with a mark of 33’2.”

Also joining the winners circle was sophomore Rachel Tan with a high jump of 4’11.75”.

The Spartan men were victorious in four individual events for the day, including three in field events.

After winning the triple jump in last year’s battle, junior Andrew Barnhart defended his crown with a first-place jump of 40 feet, nine and three-quarter inches.

Junior Harry Weintraub posted a winning mark of 54’2.75″ toss in the weight throw competition, and sophomore Mark Kulinski took the pole vault title by clearing a height of 14’7.25.”

On the track, senior Chris Kelly highlighted his final Battle for the Obelisk with a victory in the mile run (4:27.25).

The Spartans will split squads next weekend with part of the team taking part at the Baldwin Wallace Mid-February Meet in Berea at 4:00 p.m. on Friday, Feb. 8. The rest of the squad will compete at the annual All-Ohio Championship in Westerville, Ohio on Saturday, Feb. 9 at 12:00 p.m.