Wood: Getting lost in translation 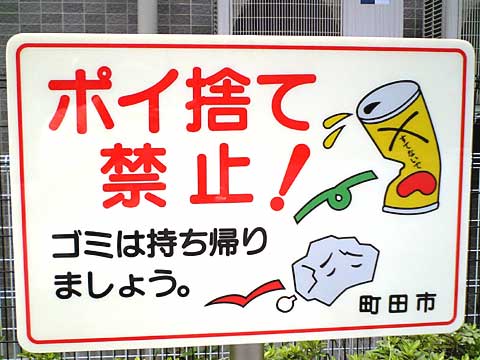 Learning Japanese can be rough for English speakers, especially because it uses a different character system.

After three months in Japan, I think I’ve learned only about two dozen words and phrases in Japanese. At the top of the list is always “arigato gozaimasu” (thank you), “sumimasen” (excuse me) and “kanpai” (cheers). These are really the only three things you need to know.

Japanese has three different alphabets. They use a mixture of Chinese characters, known as kanji, simplified Chinese characters called katakana and then a third alphabet, similar to katakana but more calligraphic, called hiragana.

I am enrolled in a Japanese class called “Practical Japanese for Study Abroad Students.” But even after spending a semester learning how to converse in Japanese and having a million and one opportunities to practice my language skills out in Tokyo, I can’t really hold a conversation past “Hello, my name is Morgan. I’m from America. Thank you.”

Initially, I thought to myself, “Well, how hard can it really be? People teach this to themselves all the time, and I’m sure I’ll at least start to recognize some signage and greetings.” Obviously, that never happened. Realistically, when I see signage I can’t pick out any words. The whole system of writing, between the thousands of kanji I don’t know and the writing in columns from right to left, is so unfamiliar that identifying even a single word feels all but impossible.

As far as conversations, I feel kind of overwhelmed when people try to talk to me, and I sometimes just start shouting “eigo”, which means “English”. Usually, at that point people seem to nod and smile and keep talking to me in Japanese.

I know this all sounds bad. Fortunately, though I have trouble mingling with the locals, it is not that hard to merely survive. I’m lucky I’m an adventurous eater because I quite frequently just point to something on a menu and what I get is what I get. And sometimes when I’m trying to request some service or function, I’ll give an authority figure a look of confusion, say “America” quite loudly, and then just get waved through.

In more complicated situations, I frankly just get lucky. One time I was registering for a commuter train pass, and a bilingual high school student was in the office at the same time. He took pity on me and my friends and acted as translator with the train officer. Other times, employees will grab a bilingual coworker. Sometimes I get caught in the uncomfortable situation of speaking “soft English” because I assume the person speaks no English, until they quip back at me with a New York accent and perfect English.

In less fortunate situations, Google Translate is my best friend. When worst comes to worst, I translate “speak into the phone” into Japanese on the app and then Google translates their spoken words and then I translate my response back to them. This method helped me secure a quite memorable karaoke session.

The app also translates pictures of items, but that’s less reliable. One time, I was looking for vinegar in a grocery store. You cannot imagine all the substances in a grocery store that look like vinegar when you can’t read any of the bottles. A great grocery store strategy was Google image searching “Japanese vinegar” and then looking for a brand that popped up. In all honesty, I think that this was quite the innovative strategy that saved me more often than not.

Being illiterate here is weird and uncomfortable. It makes me altogether too aware of my status as a foreigner, and it makes me feel stupid. That said, there are really only four languages that are used here: Japanese, Chinese, Korean and English. If I spoke any other Indo-European language in the world, I’m sure people would not be able to just grab a coworker who could speak to me. I would not just happen upon a bilingual high school student in my time of need.

I have never been so acutely aware, nor so grateful, that I speak English.

Morgan Wood is a third-year student majoring in economics and art history. She is spending the Fall 2017 semester in Tokyo, Japan.