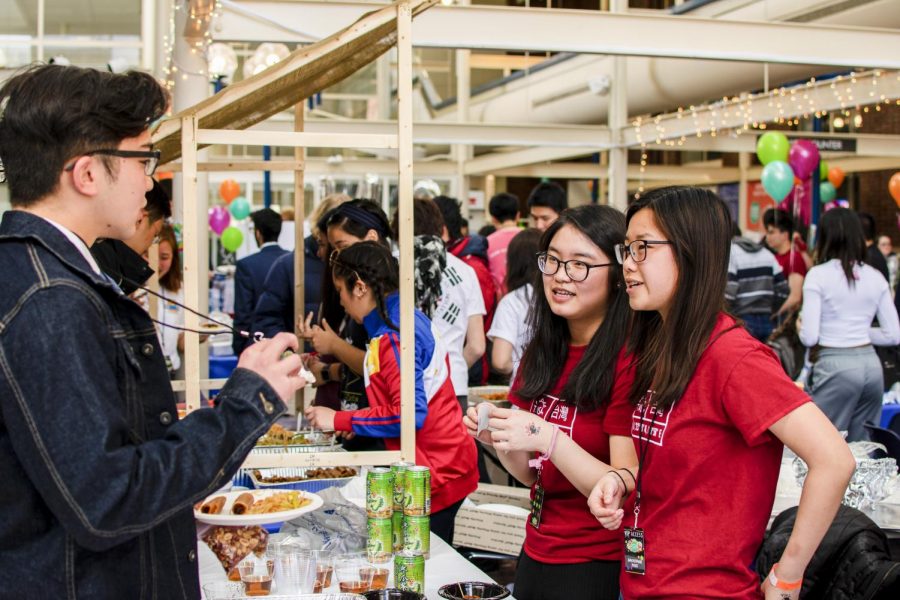 In celebration of student diversity, the Undergraduate Diversity Collaborative (UDC) hosted its annual World Expo in the Thwing Center. Titled “UDC: On Tour,” this year’s Expo was a music festival-themed event featuring performances by various campus dance groups and 16 student organizations highlighted their cultures with activities and food.

“Since it’s World Expo, we always try to go for something that’s universal, something that a lot of people can relate to,” said UDC Vice President of Internal Development Viral Mistry. “There are music festivals all around the world all the time. We thought this [music festival] was a really good way to bring everyone together.”

The planning process of April 8’s World Expo began months in advance. Mistry said it was challenging to coordinate such a large event, especially due to the large representation of student organizations.

World Expo was originally scheduled to take place on Sunday, March 25, two weeks prior to the date it was held. However, executives saw the need for more planning time to ensure that the event would run smoothly.

“Pushing the event back was the right decision,” Mistry said. “I think the event went better now than it would have gone two weeks ago.

Although it was a difficult decision, their choice was reflected by high attendance.

“It was an event that had just the right kick of diversity without coming off as trying too hard. I thoroughly enjoyed myself, as I am sure as well for others,” said first-year student Darren Lau. “It was a brilliant medium to celebrate multiculturalism.”

Another decision UDC came to was to offer free admission to the event.

In the past, students automatically received a certain number of tickets for food and activities, but were required to purchase additional tickets for other activities. UDC believed that many students would use their complimentary tickets and leave the event, and as a result, the event was essentially free.

In addition to planning World Expo, UDC has been working on several other initiatives this semester. A number of meetings have addressed the financial insecurity of Case Western Reserve University students, and UDC is looking to create a task force focused on combating this issue while providing students with additional support.

UDC is also looking ahead to working with newly appointed provost, Ben Vinson III, to address issues such as financial insecurity and student inclusivity. In addition to working with the provost, UDC will draw inspiration from the Center for Identity + Inclusion at the University of Chicago, as well as the Office of Inclusion and Multicultural Engagement at Cleveland State University, to ensure they are addressing these issues as effectively as CWRU peer institutions.

“It’s great to see so many young leaders rising through the ranks and trying to make a difference,” said Mistry.

Moving forward, UDC also plans to focus on internal collaboration, as well as collaboration between the organizations it oversees. An allocation of 50 dollars will be given to each organization under UDC to foster a greater number of collaborative events.