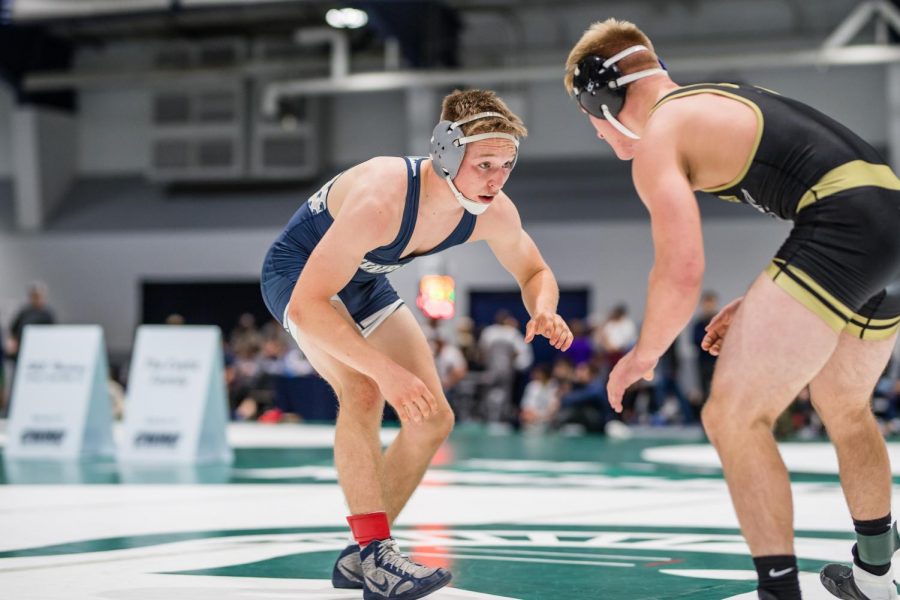 The Case Western Reserve University Spartans won both their dual matches this past weekend at the Horsburgh Gymnasium, competing against Defiance College and Penn State Behrend. Before this weekend, the Spartans held a 4-8 record, so, with these two wins, they improved to 6-8 on the season.

In their first match against Penn State Behrend, they went up with an easy lead with four forfeits. They won the entire match with nine victories including two pins and a technical fall. First-year Mitchell Arch, who is 157 pounds, added to the victory, as he pinned Behrend’s Cole Ruffo in 1:08. Arch currently is a major player in the lineup, with a current record of 21-12 and wins throughout the season. Fourth-year Isaac Collier also finished over a Penn State Behrend opponent, Tyler Speraw, with a 21-3 technical fall victory. His four years here have seen many accomplishments. In the 2018-2019 season, Collier was named a NWCA Scholar All-American, finished second in team victories and sixth in the NCAA region championships. In the 2017-18 season, Collier received UAA All-Academic Recognition; in his freshman year, he finished with 22 wins and received the Bob Del Rosa Most Valuable Wrestler Award. Unfortunately, the Spartans fell in the 174-pound weight mark category, but first-year Stephen Andryc won over Behrend’s Brian Himes to push the Spartan’s record to 21-6 in 2:37. This was Andryc’s first victory of the season. CWRU then finished off that win with a 53-6 victory.

After defeating Penn State Behrend, the Spartans moved on to play Defiance College, where Defiance took the first lead with the first match victory. The Spartans quickly bounced back, however, to gain a victory, with fourth-year Jacob Frisch earning an 8-2 decision victory over Seth Majewski. Frisch’s record throughout this season has been 8-7.

Throughout his four years at CWRU, Frisch has had an impressive career. In the 2018-19 season, he finished with a 12-9 record, received UAA All-Academic Recognition and won four straight victories during an RIT Invitational. In the 2017-18 season, he once again competed well in the RIT Invitational, winning three straight matches to clinch a decision. In his freshman year, he finished third in the team with five pins. As the match against Defiance carried on, the Spartans lost in the 141-pound match, but bounced back once again as fourth-year Andrew Hoover won a 2-1 decision over opponent Cortez Bradley. Hoover has had a phenomenal record over his four years. In his junior year, he was the UAA 149-pound champion, becoming the eighth Spartan to ever earn that honor and finished the season with a 19-17 record. In his sophomore year, he was named a NWCA Scholar All-American, was once again named a UAA 141-pound champion and was the third Spartan to earn the honor in the 141-pound weight class. His freshman year, he finished with a 10-21 record.

With Hoover’s win, the Spartans continued their streak after the 157-pound match, as Arch once again won a victory by pinning Bradley Collins in 1:25. To finish off the match, third-year Brain Kent secured the victory over Mason Morris. Although the Spartans lost at 285, the victory still went to CWRU to win both dual matches this weekend. In total, CWRU defeated Defiance College with a score of 27-19.

With this dual match action over, CWRU prepares to head to New York next weekend to wrestle in the UAA Championships. They will begin at 11:00 am against University of Chicago, and then depending on how they fare against Chicago, they will either play host New York University immediately after or later in the evening. Following the competition, there will be a variety of awards to commemorate the wrestler student-athletes for all their accomplishments during the 2019-2020 season.