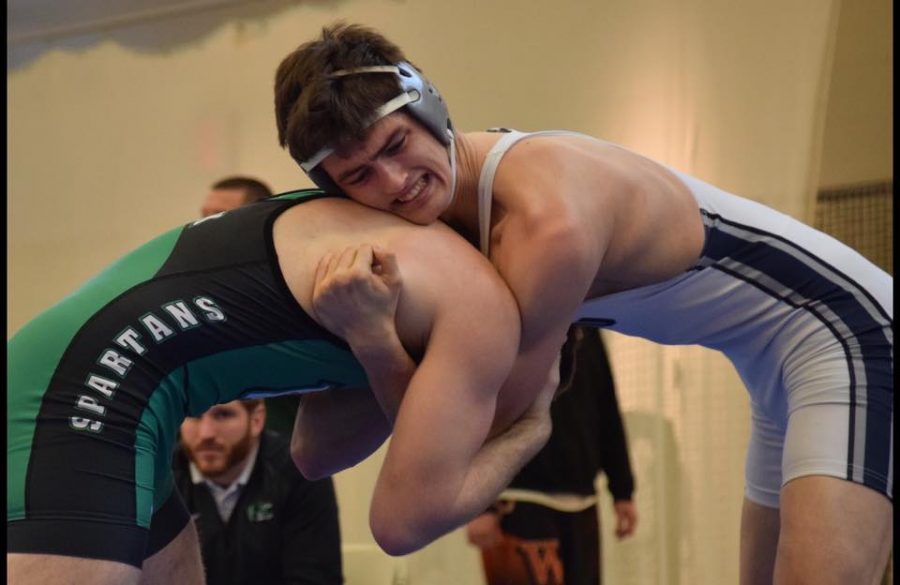 Early season match-ups are always a great measuring stick to judge where a team is in the first few weeks of the season.

The Case Western Reserve University wrestling team now knows where they are on that measuring stick. In their second competition, and first dual meet, of the season the team fell to John Carroll University (JCU) by a score of 34-12.

Ten wrestlers were on display for each team ranging in weight from 125 pounds to the heavyweight weight-class with a maximum of 285 pounds. JCU won eight of the 10 bouts, leading them to an easy victory over the Spartans.

“Sometimes negative momentum is tough to overcome which makes Gavin and Brian’s performance that much more impressive,” said Head Coach Daniel Song. “Both were able to focus on their strengths and this allowed them to execute.”

Song said that Alec Hoover and Frisch “showed some positive signs” in their respective matches, and added that both will likely have rematches against their opponents in their next competition.

Up next the team travels to Rochester, New York for the Rochester Institute of Technology Invitational on Dec. 2. That will be the last competition in 2017 for the Spartans, but not their last match of the season.