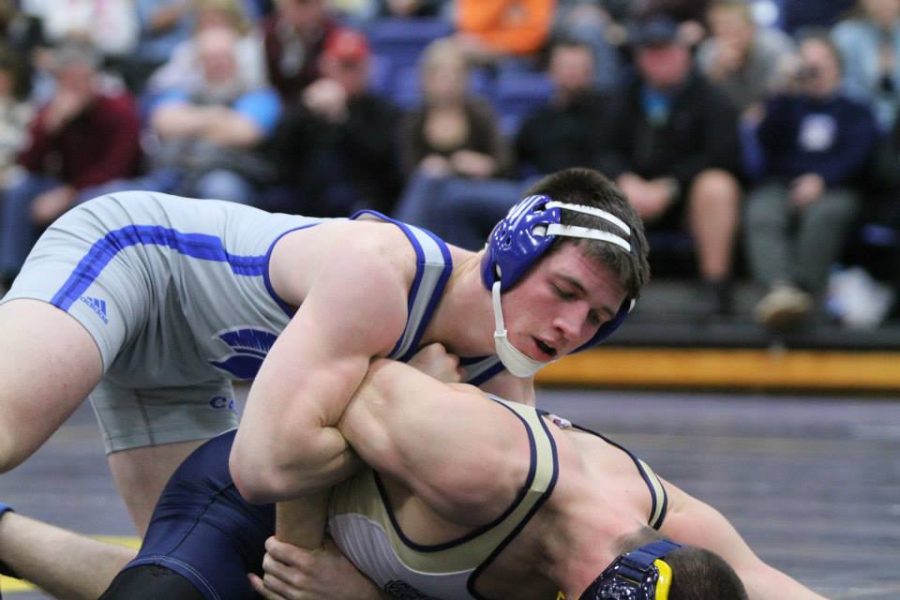 Despite a set back during break, the wrestling team turned in solid performances.

After over a month off of competition, the Spartan wrestling team returned in January to partake in three matches in the course of one week.
On Jan. 6 the team traveled to Pennsylvania to wrestle in the Waynesburg Invitational. The tournament of 17 teams saw the Case Western Reserve University squad place seventh, a respectable outcome in a competitive field.
CWRU had three wrestlers with extraordinary performances. Second-year grappler Andrew Munn (157 pounds) grabbed a second place finish to lead the team, including two wins by technical fall. Third-year wrestler Brian McNamara (285 pounds) and fifth-year veteran wrestler Nate Lewis (285 pounds) shared co-third place finishes. McNamara pinned three of his opponents. Lewis lost his first match of the day, but fought back to win his next six.
Others also contributed to the team’s score. Second-year grappler Jacob Frisch (133 pounds) notched a sixth place finish with a pin in his first match. Second-year wrestler Isaac Collier (157 pounds) received sixth place by default after he had to forfeit his 5th place match due to injury.
“Senior Night” for the team occurred on Jan. 10 in a tri-meet with Lourdes University and Thiel College. The Spartans handled their business against Thiel, winning by a margin of 33-14. Second-year brothers Alec (133 pounds) and Andrew (141 pounds) Hoover won back-to-back matches to give CWRU a 10-6 lead early in the match. In total the team won seven of 10 matches. Munn and Alec Hoover each won by pin.
There was some drama in the match against Lourdes. Lourdes went up 6-0 after the first match-up. The Hoover brothers again won both of their matches to take a 7-6 lead. CWRU and Lourdes split matches at 149 (Lourdes) and 157 (CWRU) to bring the score to 12-10 in favor of the Spartans. But Lourdes took the next two matches by technical fall and pin to take a 21-12 lead. The Spartans swept the final three matches to pull out a narrow win, 25-21. Fourth-year wrestler Nate Tommas (184 pounds) won by pin in a momentum turning match for the Spartans, and third-year grappler Gavin Dersh-Fisher (197 pounds) followed up Tommas’ performance with a technical fall of his own. McNamara won by decision to seal the win.
The final match over break was a tough one for the team. They faced The College at Brockport, the 22nd ranked team in Division III. CWRU lost by a score of 51-0 against the steep competition at the Dr. Si Ostrach Meet.
At this point in the season the team has a record of 3-2 but still have plenty of season left to improve. After defeating Adrian College on Jan. 17, the team faces Penn State Erie,
The Behrend College and Waynesburg University on Saturday, Jan. 20.