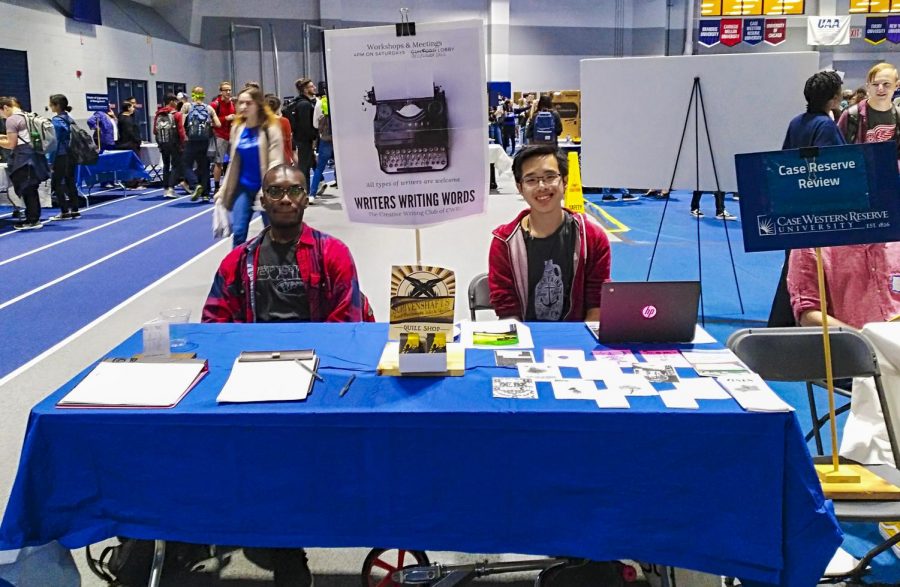 At a school where the majority of students are pursuing science, technology, engineering and mathematics (STEM) or medical degrees, English-centered interests can often be left on the wayside. Case Western Reserve University’s creative writing club, Writers Writing Words (WWW), is trying to change that.

Revived in the fall of 2015 after a short break, the club has welcomed many new members this year.

“We’re one of the smaller clubs on campus, but you get to know all of the other members very well,” event coordinator and second-year student Kevin Pataroque explained.

WWW meets every Saturday from 4 p.m. to 5:30 p.m. in Bellflower Hall and usually has about 20 attendees per meeting. Each week, the group highlights a new topic or skill in a workshop. At its latest meeting on Oct. 6, the group focused on character development. Its next workshop is on Oct. 13 and will cover adding emotion to writing as well as editing and reworking material.

Club treasurer and third-year student Marissa Vidal describes the goal of the club. “It’s not about teaching you how to write, but to practice the skills of writing,” she said.

Writing is not an innate skill, several of the officers commented. Rather, they agree that writing is an ability one must work at to develop and learn.

“You don’t have to be a writer to write effectively,” said Vidal. “Even writers think their writing is bad.”

Recently, the club finished their second annual Charity Write-In, an event benefiting the Cleveland Kids’ Book Bank. Raising a total of $468.79, it was approximately a 130-percent increase in donations compared to their first year.

Members of the organization compiled a collection of short stories in total consisting of 46,879 words—one for every cent raised.

Club member and second-year student Sanchi Kalra stated, “[The Charity Write-In] helped keep us together and connected over the summer when we usually don’t get to interact with each other as much.”

Writers Writing Words gives like-minded individuals the opportunity to create a structured community where they can meet new people and learn from one another in an environment where literary creativity is often pushed to the outskirts.

“Writers do exist at [CWRU],” said Kalra, “and Writers Writing Words aims to help writers—and self-proclaimed ‘non-writers’—develop the skills and confidence necessary to go out and write effectively both on campus and in the wider world.”