WRUW programmer resigns from radio station due to believed censorship

CWRU radio station responds, says parts of his show were being confused with “radio static” 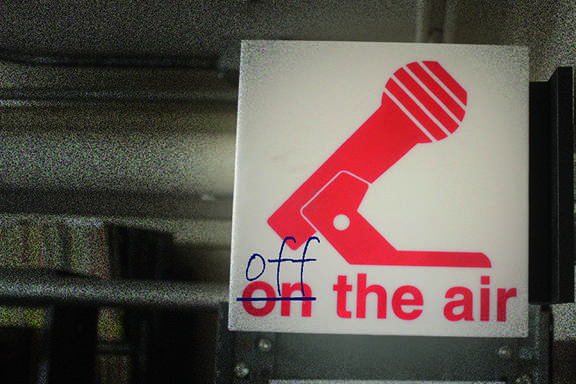 Northeast Ohio resident Dominic, known as “Medium D” on his former Thursday 1-3 PM show Delicious Delusions of a Discriminating Mind, had been with the station for nearly 3 years and hosted over 225 shows. The Observer editorial staff complied with Dominic’s request to withhold his last name in an attempt to protect his stage presence.

Emails exchanged between Dominic and Kaufman show that the source of conflict stemmed from Kaufman’s request to have Dominic stop playing a song from the “harsh static” subgenre of the music genre “noise wall”.

Describing the noise wall genre is difficult. It can probably best be called a futuristic, experimental genre of music that seeks to question the categories of sound and music. However, the harsh static subgenre is aptly named.

According to Kaufman, two listeners contacted the station during Dominic’s Jan. 23 show with such concerns; however, she says they were not the first to report a non-occurring technical difficulty. This prompted an investigation, Kaufman says, and after the executive board listened to past Delicious Delusions of a Discriminating Mind shows, they determined that the “harsh static” sounded too much like radio static to be allowed to continue.

Kaufman, along with Program Director Laura Childers then requested via email that Dominic stop playing “static-like tracks.” Upon continuing to play this music on his Jan. 30 show, Dominic was issued another warning with an ultimatum that if he did not “refrain from playing noise wall” on his show, WRUW would give his “slot to another programmer.”

Despite a statement earlier this week that lumped “harsh static” and “noise wall” into the same categorization, which has since been retracted, Kaufman says that WRUW has no issue with the “noise wall” genre, only specific “harsh static” tracks that sound like the station is experiencing technical difficulties.

“The executive staff of the station is responsible for approving all material that goes over our airwaves. It is our responsibility to make sure that it is clear to our listeners that we are on the air and are not experiencing technical difficulties,” Kaufman said. “This is at the core of our decision.”

However, Dominic maintains that he was censored. He expressed confusion regarding why a core component of his radio show, which he has been playing for nearly three years, is suddenly an issue. According to Dominic, the four past WRUW general managers did not express reservations regarding his programming, because it does not violate Federal Communication Commission (FCC) guidelines.

He’ll admit that to someone not familiar to the genre it can sound like technical difficulties, but for fans, he says, it sounds nothing like radio static. On a recent road trip, he forgot to bring along his CD’s and trying to listen to the static between stations proved fruitless he said.

WRUW prides itself on its eclectic programing. Its website’s “About Us” section asserts that there are no playlists or “push boxes” and that “each programmer is free to choose the content of their own weekly radio show.” It also also mentions that its “guiding principle is to provide audio entertainment not readily available anywhere else.”

WRUW operates 24 hours a day, seven days a week, and is run by volunteer programmers from the CWRU’s campus and the local community. For financial purposes, it is a member of the University Media Board. However, the station receives just over 50 percent of its funding from fundraising during its annual week-long telethon. 822 donors contributed over $58,000 during the 2013 drive.

This is a developing story. The Observer will post updates when more information become available.