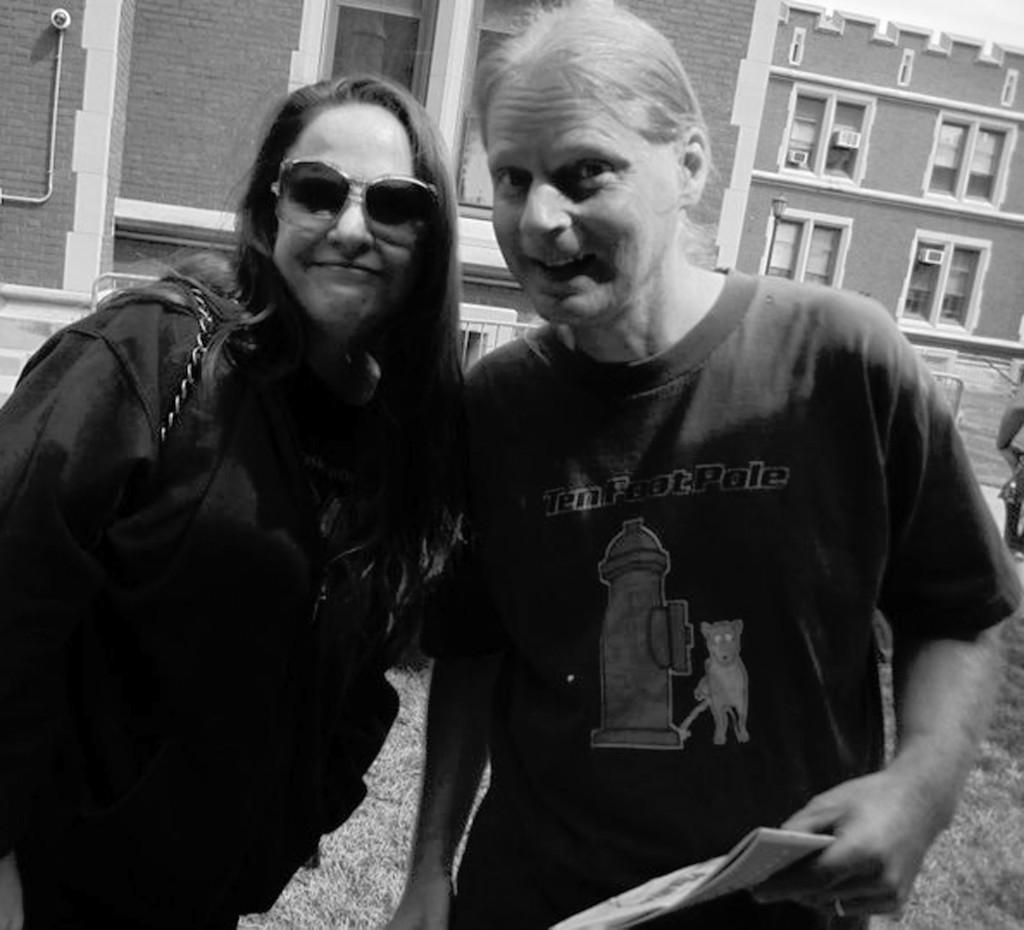 On October 27, The Case community learned of another tragic death in the WRUW 91.1 FM family. Longtime on air programmer Stella Salamone passed away unexpectedly. Determined to be from a terrible reaction to a pain medication, she was 44 years old.

Salamone was with WRUW for over 20 years, many in which she hosted a political talk show called “States of Decay,” now “Domestic Decay,” with her husband, Mike Salamone, known to many in the community as AP Magee. Before talking politics, however, she was known to the metal community through her late-night show “Wrath of the Thrash Queen.”

Salamone hosted what would be her final “Domestic Decay” on Wednesday, Oct. 20, on a show that would coincidentally happen to be a highlight in the program’s history. She and AP Magee featured famed local television personalities Charles “Big Chuck” Schodowski and “Lil’ John” Rinaldi as guests in anticipation of this year’s Ghoulardi Fest, an annual showcase celebrating horror B-movies.

Days later, on Monday, Oct 25, Salamone was rushed to the hospital after losing consciousness in her home. The next day, she slipped into a coma, and had passed on by Wednesday morning. The events surrounding her untimely death took place within only 48 hours.

Salamone is the second WRUW programmer to pass away while having a show in the current schedule in two months. Dave “Cuzin’ Dave Wilson” Newman passed on less than two months ago. Furthermore, this is only the third time in WRUW’s history that this has happened; Harold “Ayche” Freshour passed away in 2007.

Salamone had a presence felt on and off the air. Carl Hunt, host of world music show “Route 66” said, “Stella was strong, she could agree to disagree. She tried to leave the world a better place, and she did. She gave friendship and joy to many around her.”

“Stella was a sweet and understanding person,” said Patty Marvel, host of “The Spandex Years.” “She and I were pretty far apart on the spectrum of political beliefs, but she never treated me poorly because of our differences.”

This memorable personality shone through at all times with Salamone. Even though “Domestic Decay” was a political talk show, by which she and Mike aired their often controversial, libertarian political views, Stella played hardcore and thrash throughout the show, and she maintained a tagline of “God, family, and country.”

Long-time friend, WRUW Promotions Director, and host of “Children of the Metal Movement” Roger Ganley said, “In the twenty-plus years Stella was at WRUW she has always continued to support local music. She was the first DJ in Cleveland to play groundbreaking metal bands in the 1980s. She will be deeply missed for he continued support of local music and for being one of the kindest people I have ever met.”

She was well liked by everyone and her love for the music and passion for politics made her flexible yet forceful. She did everything with purpose, always looking for new bands and was respected among listeners and the metal community.

There will be a memorial service tomorrow, Saturday, November 6, from 11 a.m. to 4 p.m. at The Beachland Ballroom. The bands that will perform are The Plague, The Anti-Socialists (featuring Mike Salamone), Destructor, Red Giant and Breaker, all favorites of Salamone. Promotions for the event encourage donations to cover medical expenses.

It is currently unclear what lies in the future for “Domestic Decay” or what Mike Salamone’s plans for hosting a show are.

Steve Barrett, host of “Night at the Movies” and “Live From Cleveland,” said, “Her voice was instantly recognizable to tons of college radio listeners and so many people in the metal, punk, and political scenes knew her well, and she was well liked by just about everybody. Stella is truly one of a kind and her parting will leave a void at WRUW that can never fully be filled.”