Yakumithis: The case for coffee 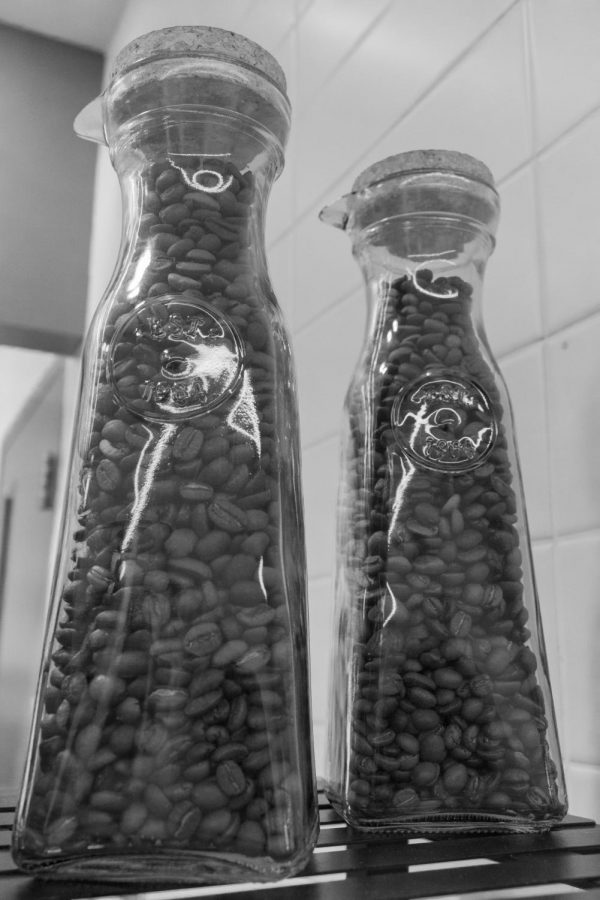 It's amazing how a drink made from a bean can give us so much energy and vitality.

Last week, I had a really bad paper cut. I noticed something really disturbing about my blood, which prompted me to take a trip to the hospital.

Instead of red globs, this weird, viscus brown substance was oozing out of the wound on my finger. Then, in a moment of profound actualization, the doctor informed me that I am wired differently from most human beings. I do not have blood: instead I have coffee.

For anyone unfamiliar with it, coffee is an energy potion crafted from magical energy-beans and is typically absorbed by the human soul in the morning. Many of its advocates rely on its power to get them through the day—and night, for that matter— both mentally and physically. Ruthlessly wasting upwards of three dollars a day, I have developed a dependence on it.

Up until recently I was unemployed with an average income of “my-grandparents-being-suckers” dollars per year. Strategically, I show no interest in hobbies of any kind other than drinking coffee, which reaps earnings of either gift cards to coffee shops or straight up money on my birthday and on holidays. The only financial gains I receive are therefore fuelling an addiction problem I have embraced.

A little over 125 dollars into Fiscal Year 2018, March was National Caffeine Awareness Month—remove the word “awareness,” and you have a rallying cry for the average coffee addict, but an all-round terrible thing from a doctor’s perspective. Whether you ask a dentist or a pediatrician, any professional in the medical field will tell you that you’ll pretty much die if you drink as much caffeine as I do.

But guess what? It hasn’t happened to me yet, so to this I say “alternative facts.”

Look, I love the darn beverage. I would fight on the battlefield in a Union uniform for this holy elixir, so I’m going to ignore the bad stuff and focus on what makes caffeine wonderful.

Since caffeine increases the release of neurotransmitters, coffee makes people more intelligent. Controlled trials have shown that coffee enhances brain functions including response time, mood and problem solving. With coffee in your life, the world is your oyster, and you can think and perform beyond the possible.

Another study with 208,424 individuals found that people who drank four or more cups per day were 53 percent less likely to commit suicide than those who drank zero cups, which proves that coffee gives people that zest for life they thought they lost when the Yellow Wiggle was replaced with some random guy.

The biggest reason I personally love coffee, though, is because I normally have the patience of an elementary school bus driver. The feelings I get from coffee allow me to actually enjoy interactions with other people as opposed to resorting to reruns on Food Network.

Maybe right now you’re thinking this article will take a turn and actually offer some kind of meaningful insight; that assumption would be wrong, my friends. I just wanted to get this important information about coffee off my chest.

Until it gets its own hashtag and people rally against it in solidarity on the National Mall, coffee will never not be part of my daily grind. Please send me money.

Sophia Yakumithis is a first-year history major who also serves as The Observer’s News Editor.