Noise rock at its quietest, then its noisiest 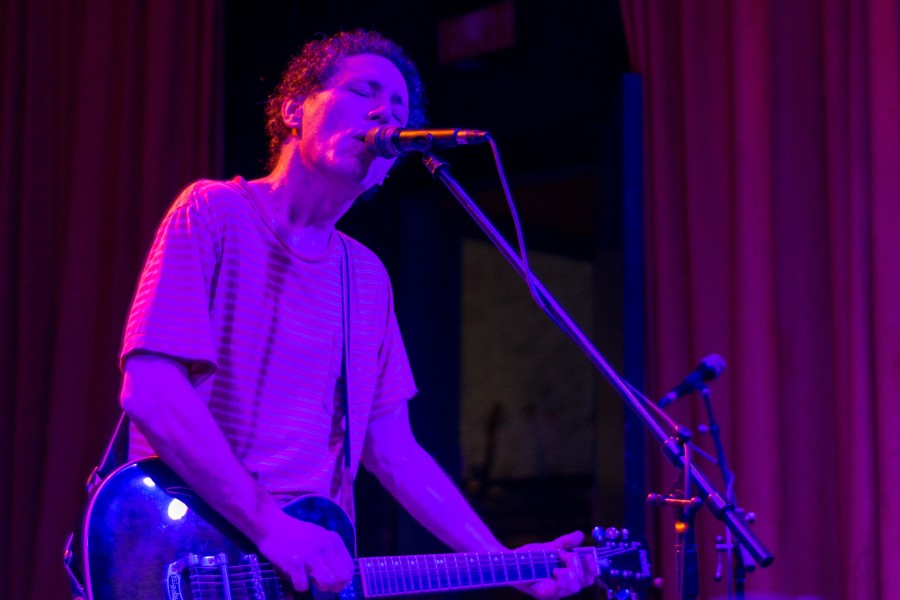 Yo La Tengo took an innovative approach to its Cleveland show, starting the concert out quietly and ending on a loud note.

When we walked into the Beachland Ballroom on Thursday, Jan. 18, we didn’t know a concert was happening down the hall.

But we were a little late; Yo La Tengo’s set had already started.

The thing was, it was just really, really quiet.

Yo La Tengo does a different thing for each performance; I’ve heard of aquatic-themed concerts, “Seinfeld” reenactments and performances under their alter-ego name Condo Fucks. Better yet, they’re known for sometimes spinning a wheel to determine exactly what kind of show they’d play.

There was no wheel at their Beachland stop; instead, their whole predetermined schtick for this show was to divide up their music into a quiet hour, and a loud one. Unlike Case Western Reserve University’s quiet hour rules, they saved the noisy stuff for last.

Although the system was only arguably effective, it was understandable. Mothers danced with young children in the back of the ballroom, and older members of the crowd departed after one half of the show so they could get up for work the next day. (And they probably left pretty relaxed and ready for bed, so that’s a plus, too.)

The quiet half of the show was peaceful, but damn, was it quiet. I stood behind two men wearing beanies in the middle of the crowd, and could overhear their words.

“He sings like Kermit,” one of them said, stifling a giggle.

Someone gave them a mean look, and they stopped their conversation.

The band showed hardly any emotion while performing their music at this point, even during their pleasant cover of “Friday I’m In Love.” No smiles, no frowns, hardly any banter. The only visible expression on singer Ira Kaplan’s face was one of determination. Drummer Georgia Hubley slapped her sticks at the cymbals lethargically. Bassist James McNew looked down at his hands or the floor as he strummed.

The sold-out show had a packed-in crowd, but despite the attendance, there was no dancing. Applause was louder than the songs, and phones were rarely pulled out, even for photos. Yo La Tengo’s fans are some of the most dedicated, respectful crowd members I have ever seen.

The band has had some time to build its following, though. Since forming in 1984, they’ve put out 14 albums and countless popular cover songs. Yo La Tengo might not be a mainstream indie band, but they’ve gained a following that packs venues, as seen at the Beachland show.

Though, yes, some members of the audience left after the first half of their performance, there were still a ton of people left for the loud portion of the show. Before the band came back after intermission, the audience scrunched together near the stage.

I made the mistake of thinking that the loud part of the show couldn’t be too loud—I mean, I could overhear people’s whispers, for crying out loud. If they were chill enough to do that, how were they going to rock out?

That was bad logic. Their jam-indie-rock was at a consistent deafening volume. This was noise, the more experimental side of Yo La Tengo.

(PSA: Remember to bring ear plugs, kids. Save your ears and enjoy the music.)

But the audience, even the unfortunate few who were stuck in front of the floor speakers, loved every second of it. And during this song, the band finally got a little more expressive and engaging. During “Ohm,” Kaplan passed his guitar to the front row. As they slammed their hands against the guitar strings, the song still sounded similar to its recorded version.
When Kaplan and Hubley sang a quiet duet at the very end, they even cracked smiles. When they waved to the audience and left the stage, all members of Yo La Tengo looked content with the concert, unlike their previous stoicism.

The audience looked much the same as they streamed down the Beachland Ballroom’s hallway.

I questioned the quiet, then loud method that Yo La Tengo used at this show because to be honest, my ears needed a break at the end. But it was unlike anything I’d ever seen before and that’s the thing—they’re not like other bands live, and they’re not like other bands recorded. I’ll never be to another show like the one I was at, because even if I saw Yo La Tengo again, they’ll be doing something different. Every show the band does is a once-in-a-lifetime show.

There’s something very, very special about that kind of experience, no matter how deafening it might be.