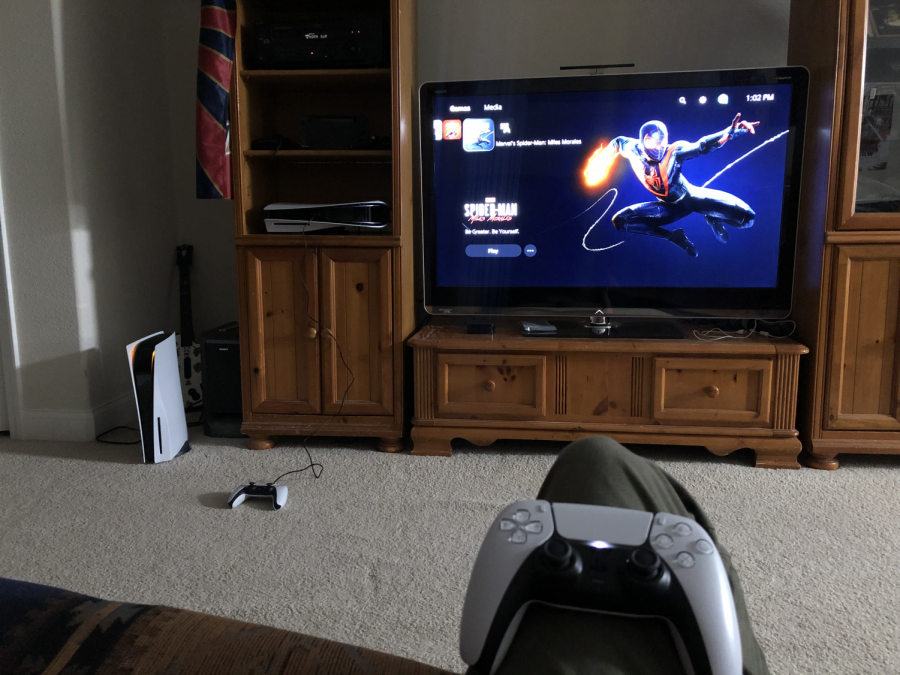 Getting your hands on a PS5 may be difficult, but is it worth the hype?

Despite what store shelves may indicate, the next generation of gaming consoles have indeed arrived with the release of Sony’s PlayStation 5 (PS5) and Microsoft’s Xbox Series X/S in November.

Console generations are unique compared to other tech upgrade cycles. iPhones and other major smart devices get refreshes every year. Not so with game consoles. It has been seven years since the PlayStation 4 (PS4) and the Xbox One released. Since then, the quality of new games have been beholden to those platforms’ hardware limitations, which are firm boundaries for game design possibilities.

Despite worries that console gaming was on its way out due to the rise of mobile games, the previous generation of consoles, particularly the PS4, sold at an immense rate while also increasing the prestige and mainstream popularity of video games. 2020 in particular saw a tremendous increase in video game sales due to the pandemic, with many people looking for new hobbies that they could partake in while being physically distanced. As such, hype for the new generation of consoles was substantial, leading to all models selling out within minutes of preorders opening.

Now with a new generation, the hardware inside of our little gaming boxes are finally getting substantial upgrades, theoretically allowing for more technically impressive video games to be produced and a number of new functional possibilities for consoles. I was lucky enough to get my hands on a PS5. A few months out from release, let’s see if it was worth the hype.

The console itself is quite big, taking up an entire shelf in my entertainment center, and its futuristic design is bound to stand out compared to the sleek, industrial design of the PS4. What’s more important, however, is what’s inside this big box. Sony outfitted the PS5 with an updated graphics system, central processing unit and a powerful cooling system, allowing the console to run without making much fan noise. One of the most notable upgrades is to the system storage itself, which is now a solid-state drive, allowing for much faster boot times and the annihilation of loading screens in well-optimized games.

All this combines to create a truly special experience. In one of the few PS5 games released so far, “Spider-Man: Miles Morales,” the system is able to output at a sharp 4K resolution, with different graphics modes allowing for higher frame rates or more details. Fast traveling through the city as Spider-Man is practically instantaneous as well, keeping the player engaged in the game rather than waiting for the experience to catch up.

How such changes will affect game design in the future remains to be seen, but I can already foresee many less elevator rides and long hallways being used as intermissions so the rest of the world can load. As such, PS5 optimized games like “Spider-Man” are visual splendors to behold while also adding quality of life additions, though the reduction of loading times did eliminate down time for answering texts.

What truly makes the PS5 hardware immediately standout, however, is the new controller: the “DualSense.” Sony seems to have taken a few notes from the Xbox team’s controller design, with the new controller fitting into my palms much more comfortably than before. But the addition of haptics makes the controller’s insides stand out even more. Similar to an iPhone, the controller now makes subtle vibrations to correspond to actions on screen, making for a more nuanced experience than with the rumble feature of the previous DualShock controllers. This change serves to create a more immersive experience when implemented correctly, with the pre-loaded game, “Astro’s Playroom” serving as a prime example. When you walk on glass, it provides much different feedback than when you walk on sand, with the controller making the tapping of the footsteps change depending on the surface. It’s hard to explain and must be felt to be understood, but just know that it makes for an interesting experience that shows promise beyond being just a gimmick.

Software-wise, the PS5 feels similar to the PS4’s, with a minor aesthetic refresh. Switching between games is easy and quick, and the redesigned PlayStation Store seems sleeker, but also seems to be missing the features of previous generations. On the PS4, putting the console in rest mode only took two button presses, but now requires pressing a button, scrolling through a menu, then selecting the option. Hopefully more shortcuts are integrated in the future.

The PS5 is also a capable media hub, with most major streaming services available and a 4K Blu-Ray drive if you go for the more expensive model.

Honestly, though, I can’t say I was that wowed by the “future of gaming.” More likely than not, I’ll use the PS5 more like an upgraded PS4. The new console is completely backwards compatible with PS4 games, playing many of them with upgraded resolutions, frame rates and loading times. Replaying games like “Ghost of Tsushima” at a higher resolution and frame rate was amazing, as was playing games like “Red Dead Redemption 2” with much shorter load times. In fact, if you’re subscribed to Sony’s online service, PlayStation Plus, you get a whole collection of PS4 games to play right there, including some true classics of the last generation.

All of this is to say that there aren’t too many games built just for PS5 yet. The only true exclusive at the moment is a remake of a PlayStation 3 game. Using my PS5 as a super-PS4 was indeed a great experience, but not quite the huge leap I’d been promised.

That leap will come eventually, as more games get released and take advantage of the console’s capabilities. By the time that happens, the consoles will probably be much more available, with a possible price cut down the line.

So don’t be worried if you can’t get your hands on a PS5 right now. It’s a great upgrade, albeit not yet an essential one. If you do manage to buy one, you won’t regret it, especially with another online semester where we’re all sequestered inside our homes and dorm rooms. The “future of gaming” can wait a little longer.