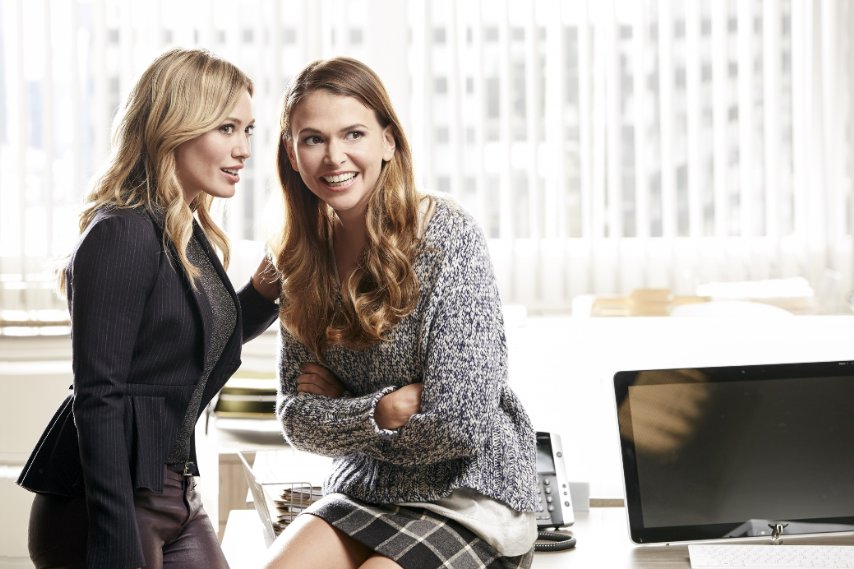 Hillary Duff and Sutton Foster star in "Younger," a comedy that focuses on age differences in the workplace.

As one of the shows at the center of TV Land’s attempt to rebrand itself last year, “Younger” was mostly successful. Its writing was sharp, its cast was game and under creator Darren Star, the series offered a smart and surprisingly acidic take on aging and corporate culture—which seemed to directly mock its network’s obvious and slightly desperate pandering to “millennials.”

“Younger” stars Sutton Foster as Liza, a 40-year-old woman who lands a job in publishing as well as a much younger boyfriend, after lying about her age and saying she’s 26.

The show made the most of its premise as Liza enjoyed all the fruits of perceived youth while watching her life as a 40-year-old wither until it disappeared. As romanticized or eccentric as it may have seemed, “Younger’s” fascination with the generation gap and the commodification of youth gave it an unexpected gravity and a distinct sense of humor.

At the conclusion of its first season, the series found itself showing signs of some of the issues that plagued the later episodes of Stars’ most well known series, “Sex and the City.” The supporting characters (including Kelsey, played by Hilary Duff, and Debi Mazar’s Maggie) were often pushed to the periphery in favor of Liza’s storyline. Its dialogue tried a bit too hard to sound current, as if any given episode needed to contain at least one reference to Lena Dunham.

Now in its second season, the series is noticeably more confident. In the first few episodes, Kelsey is put in charge of a new imprint and insists Liza be a part of it. This demonstrates some of the smart storytelling moves the series is making. Not only does it give Liza a credible reason to continue keeping her secret (she risks ruining both her career and her friendship with Kelsey), it also helps the show employ its talented ensemble more than it ever did in previous episodes.

This isn’t to say that Foster doesn’t provide a magnetic presence at the show’s core. After leading the cast of “Bunheads,” which was created by Amy Sherman-Palladino (notorious for her wordy scripts), Foster expertly handles the series’ rapid dialogue. She’s even able to pull off most of the outfits the show puts her in, even though they seem to have been put together by someone whose idea of a twenty-something’s wardrobe is an Urban Outfitters window display.

While the first few episodes of the second season are reassuring, going forward the show should be wary of succumbing to the pitfalls inherent to its outlandish premise, and American comedies in general. The show will only be able to find so much narrative momentum in Liza keeping her secret, and in turn revealing it, to its cast of characters. Without some truly inventive storytelling, it’s hard to imagine “Younger” maintaining its premise much further past an already announced third season.

However if the first few episodes of season two are any indication, the show should have no issue doing this, at least for a while. By learning how to utilize its ensemble and satirizing modern culture in a way that is searing and, at the same time, endearingly earnest (the launch party for Kelsey and Liza’s new imprint, which is actually called “Millennial Print,” is catered by a food truck serving salvaged food that is essentially near-rotten vegetables), “Younger” proves itself to be exactly the type of smart, appealing comedy TV Land was looking for.