Yung Gravy wants to leave his listeners smiling and feeling good with his music. 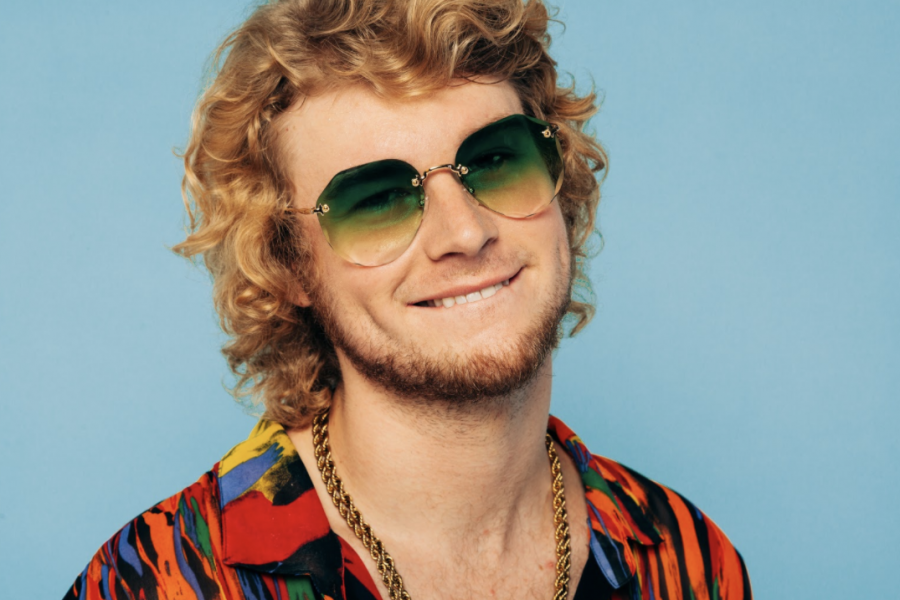 Yung Gravy wants to leave his listeners smiling and feeling good with his music.

“I was working at a summer camp and when the kids would go to bed, we would go smoke a blunt and rap and freestyle some random shit,” Gravy, born Matthew Hauri, said. “I had a few names: Mr. Butter, Lil’ Steamer, Jimmy Continental. But one time, when I was just rapping something, I said a line with ‘wavy’ and ‘gravy,’ and it stuck.”

The 24-year-old rapper grew up in Rochester, Minnesota and attended the University of Wisconsin-Madison. His song “Mr. Clean” blew up when he had two semesters left, leading him to drop one of his majors and graduate a semester early. Although “Mr. Clean” was released in August 2016, he only revealed his identity later on in the song’s music video, released in March 2017.

“I was going to University of Wisconsin and had a job working for a startup accelerator, which is like a [record] label for start-ups. I was working for a company like that and had a job basically set for after graduation” Gravy explained. “Also, there were kids that I grew up with that would hit me up like, ‘I’m making rap now, you’ve got to check out my Soundcloud.’ I didn’t want to [be like that] so [I decided] I’m just going to hide my identity and not tell anyone about it.”

Gravy, with his Zoom name as Carlisle Vanucci II, conducted the press conference two days ahead of “Gasanova”’s release, in the basement of his mom’s house in Minnesota. “I really got into grind mode … I think I sat in this spot or that spot and worked on this project … almost everything, I did here,” he said, directing his camera to the other couch beside him. Fittingly enough, Gravy has a song called “Party at my Mama’s House” on the album.

The music on “Gasanova” features the same upbeat playfulness as “Sensational,” his first full-length album, and “Baby Gravy 2,” a project with frequent collaborator and friend bbno$.

The first song of “Gasanova,” “Always Saucy,” features Ski Mask The Slump God and TrippyThaKid and was Gravy’s favorite to make on the album.

“[The song] samples ‘It’s Always Sunny in Philadelphia,’” Gravy explained. “I love that concept to begin with and I thought we would never get it cleared, but we did. [TrippyThaKid] is a day-one Soundcloud friend of mine, so we put together the song to start. I’ve always loved Ski and we’d talked about doing the song, but we had to do it remotely because of [coronavirus], but we talked a lot about the song.”

Gravy samples indiscriminately from a diverse range of music. He is currently interested in sampling “7th Element,” by Russian singer Vitas, though the language barrier has made it difficult to get cleared.

Other samples include Spanish music on songs like “yup!” and “Welcome to Chili’s” on “Baby Gravy 2.” One of the people he works with on samples with had made some Cuban-inspired samples for Selena Gomez, but Gravy ended up using them instead.

“Every once in a while, there would be a reggaeton song that would pass into the American college scene and I’d hear it that way, but I took a trip to the Dominican Republic at one point … I vibed with it so hard there,” Gravy said. “I love how reggaeton is getting more recognition, like with Bad Bunny and Maluma.”

“A lot of my lyrics are just what comes to mind,” Gravy said. “It’s not really super calculated. For example, the Chuck Testa one: The line [‘whip a Tesla’] seemed so dope and I put out the video with Chuck Testa in it. The people under 21 have no idea who Chuck Testa is, but when I think about it, I would rather rap about Chuck Testa and connect to people who get that than try and pull out some current stuff … I want to stick to the 2014 era because that’s what I’m used to.”

This laid back attitude and lesser focus on current trends reflects in his fashion taste as well. “I wear a lot of robes, but the most common thing in my closet is collared disco shirts that I found at thrift stores over time,” Gravy said, citing the “immense, romantic drip” of Teddy Pendergrass and Barry Gibb, with “the top three buttons undone, gold chains, chest hair and soul.”

Despite a thriving music career, Gravy has also considered other projects.

“I’ve actually had two potential shows pitched,” Gravy said. The people who put together “Jersey Shore” had pitched a “Bachelor”-type show with Gravy and a bunch of MILFs, and Howie Mandel had even expressed interest.

“Another idea was [that Trevor Wallace and I] were going to put together an Eric Andre-type show, a random skit show, and that was pretty close to being fully confirmed and put together on Adult Swim, but then, coronavirus.”

The main thing Gravy hopes listeners take away from his music is “to learn to not give a fuck.”

“There’s a lot of negative energy on the Internet,” he said. “I just want to make people feel good and smile, but now there’s too much judging people and it’s cool to feel like you can express yourself and be confident.”