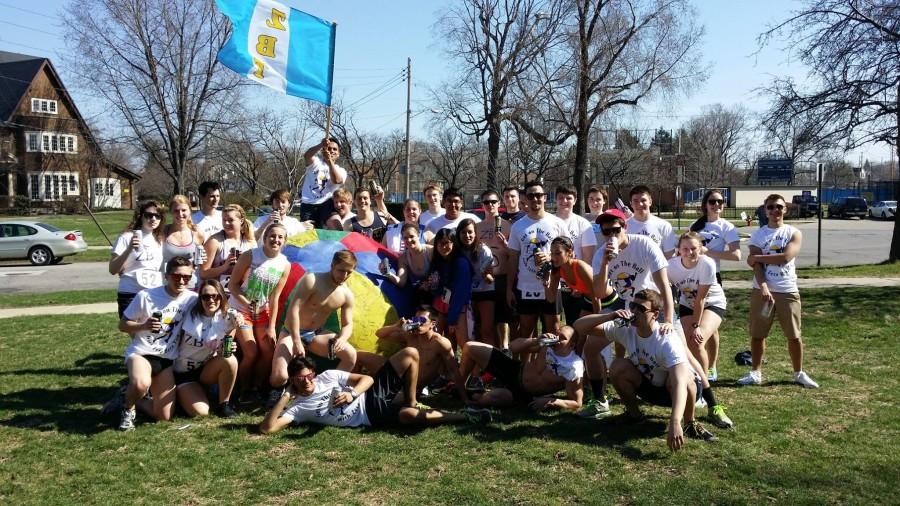 Residents of the North Residential Village may be raising an eyebrow on April 4 if they look outside their windows, as they’ll probably see a large crowd of people running in nothing but their undies.

While this may at first seem like a large portion of the student body has finally snapped under pressure, these people are actually participating in Zeta Beta Tau’s (ZBT) Nearly Naked Mile event.

This charity event, which was started last year by senior Max Young, starts on April 4 at noon and will have participants running a mile-long course starting at the ZBT fraternity house and travelling past many of the residence halls on the North side of campus. Food and refreshments will be provided once the run is over.

Participants who haven’t already registered will need to show up an hour earlier with $5 and two articles of clothing to donate. Despite the name, participants are not required to be “nearly naked.”

“The idea is to essentially donate the clothes off your back and go running,” said Young. “But if people don’t feel comfortable running in their underwear, they can run in a costume or another set of clothes if they choose to.”

When proposing the event last year, Young wished for this to be a culminating event, capping off ZBT’s charity Get On the Ball Week, which had started about four years before.

“Get On the Ball Week had always been doing pretty well, but it always sort of just ended at the end of the week,” explained Young. “I felt like we needed some big event to wrap everything up at the week’s end.”

Get On the Ball Week, which began earlier this week and ends on April 3, had several ZBT brothers roll a giant beach ball around campus to raise awareness for Children’s Miracle Network Hospitals (CMNH) and Rainbow Babies & Children’s Hospital (RBCH) and collect signatures on the ball. Various businesses in the area have pledged to donate a certain amount of money to CMNH for every signature collected.

Proceeds from the Nearly Naked Mile and t-shirt sales will also go to CMNH, who will put the money directly towards RBCH. RBCH uses this funding to provide various special services to the children in the hospital to help improve their time in the hospital while struggling with severe medical conditions or illnesses.
“Waking up without any sort of pain or discomfort is something we tend to take for granted,” commented Young. “You don’t think about it, but these kids are dealing with that every day. CMNH makes good use of the money we donate to help improve these kids’ daily lives.”

While the money raised by the Nearly Naked Mile will go to CMNH, clothing donated by the participants will instead go to Junior League, an organization that helps teenagers leaving foster care at age 18 find jobs, clothing and a direction on where to go in life.

“Once they turn 18, the state of Ohio gives these kids a check for $200 and sends them on their way,” said sophomore Joseph Palmeri, who will be organizing the event this year. “Junior League is designed to help them get their lives started.”

“It’s easy to connect with Junior League, being a student around that age myself,” continued Palmeri. “I don’t know what I’d do if I was just given some money and not told anything else.”

Last year’s events have been pretty successful, with around 120 runners in the Nearly Naked Mile and over 2,000 signatures on the ball, raising over $2,700 for charity. This year ZBT hopes to grow the Nearly Naked Mile even further, ultimately raising more awareness for CMNH and Junior League.

“These events are a good way to get involved,” said Palmeri. “It’s great that everyone is coming together to support people who benefit from these charities.”