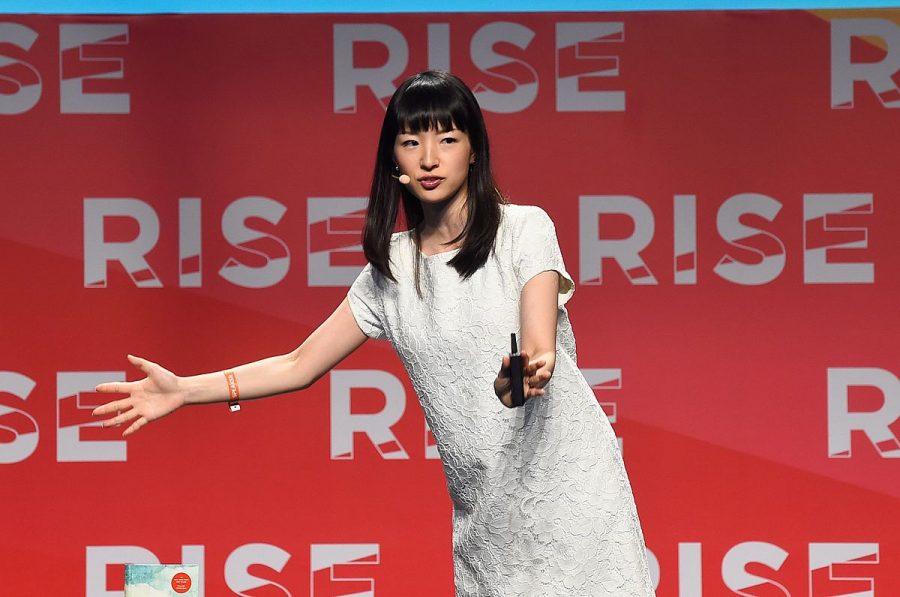 Marie Kondo's design philosophy has garnered considerable internet fame. But while many are labeling it minimalist, this may misrepresent her views on household possessions.

Following the release of her Netflix show, “Tidying Up with Marie Kondo,” Japanese organizing consultant and author Marie Kondo made a sudden return to pop culture. But the response to her show and her philosophy reflects a distinctly Western take on Eastern cultures and minimalism.

While Kondo’s philosophy has been compared to the movement of minimalism in the Western world, the two come from very different sources and ultimately create different environments.

The KonMari method of tidying, created by Kondo, centers around five categories familiar to those who watch her Netflix series: clothing, books, papers, komono (miscellaneous items) and sentimental objects. Kondo also has a series of rules to accompany the organizational categories, which center around the mindset one approaches tidying with. She ends with the question, “does it spark joy?” which has quickly become a cultural touchstone on the Internet.

As Kondo’s television series gained traction, the uniqueness of her design philosophy within the context of the West became increasingly clear. Although both arise from similar concepts of decluttering one’s life to achieve a measure of contentment and happiness, the two do not share the same origins nor the same effects upon individuals. KonMari has its roots in Shintoism and its focus on the flow of energy which is visible in the connections between the individual and a possession that KonMari prompts people to evaluate. Conversely, minimalism is focused on the individual and attempting to free oneself from the restrictions of material goods.

While they seem similar, consider the problems that the two philosophies are trying to solve. Minimalism can be read as a response to Western wasteful materialism and reliance upon capitalism, where KonMari is based in Eastern spiritualism and represents a respect for our possessions that has no Western equivalent. However, even in message, minimalism struggles to maintain its original motivations, as the movement has largely been co-opted by the wealthy in America for its aesthetics and convenience.

One of the major criticisms of minimalism is the implicit classism embedded within the movement, which is not present in Kondo’s philosophy. In minimalism, individuals are prompted to divorce themselves from the need for material items, involving keeping only what is necessary in the household. However, the definition of “necessary” differs from high-income to low-income households, particularly in its relation to the context-specific definition of “disposable.” These are concepts inextricable from income, as low-income families cannot dispose of goods as easily by buying and replacing goods as high-income families. To take a simple example, where a low-income family may opt to buy pens in bulk to save money, high-income families are able to buy pens as necessary, with little regard for the additional costs incurred.

While Western minimalism cannot be separated from issues of income disparity, Kondo’s Konmari method is accessible to all, as it relies upon the individual evaluating their relationship with the objects in their household. Specific forms of Western minimalism also involve this process, but often not to the level that Kondo prompts individuals to consider their connection to the items they own.

Her question, “does it spark joy?” has been repeated in pop culture to almost redundant effect, but provokes genuine thought from the individual. Her explanations of what to let go of are simple and almost economical in nature: If something once gave you joy and no longer does so, there is no need to feel guilt over removing it from the house—the fact that it somehow brought you happiness means that it has fulfilled its purpose.

Ultimately, Kondo’s method is best described as seen on her website: “empathetic.” While Western audiences have found her dialogue with inanimate objects to be childish or strange, her gratitude towards the objects in her home is vital in cultivating a system of connections built upon respect in the household. Where Western minimalism involves a system of possessions that can only be truly achieved by those who find everything disposable, Kondo’s method is entirely based upon that which is not disposable, which has a strong enough connection to the person to make them keep it close.

It is a kinder philosophy than any other and must maintain its own identity without taking on the connotations of minimalism.

Caroline Zhu is a first-year computer science and economics major with a deep and abiding love for Shakespeare. She is currently asleep and cannot take any messages.