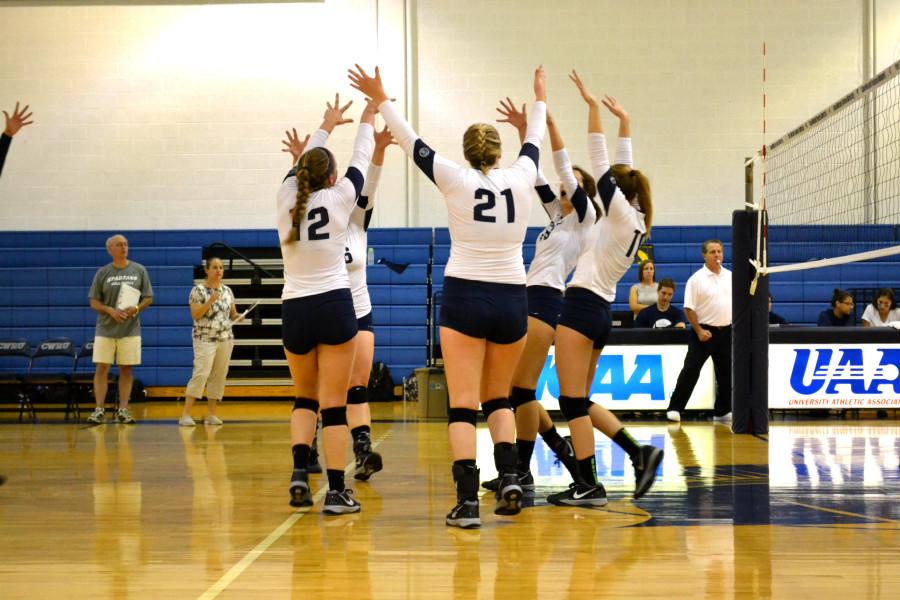 There is a mentality that CWRU lacks a sports culture due to the academic rigor of the school.

“Ask 100 students why there is no sports school spirit and 90 will tell you that it is we are just a nerdy school,” said Murcia.

According to the founders of Blue CWRU, this is a misconception. Just because CWRU is not on the same athletic level as Ohio State University, Duke University or any other large school does not mean that CWRU can’t have the same level of school spirit, even when it comes to athletics.

On a trip to Carnegie Mellon University (CMU) for an away tennis match, the Blue CWRU founders realized that this notion was highly inaccurate. While their team battled with the rival Tartans they noticed that the court was surrounded by dozens of spectators, cheering on the CMU squad.

These spectators weren’t simply the immediate family and friends of their opponents but at large they were fellow students, wearing CMU gear and stopping by after class to root on their Tartan athletes. Dong estimated that there were 200 students at the tennis match. The unified expression of school spirit was overwhelming at a sport which often receives very little attention. There was something different.

“We realized the difference was not just physical,” said Dong. “It was also visual.”

The realization that there was athletic school spirit at an institution similar to CWRU convinced Dong and Murcia to bring a similar program to campus. That program is Blue CWRU.