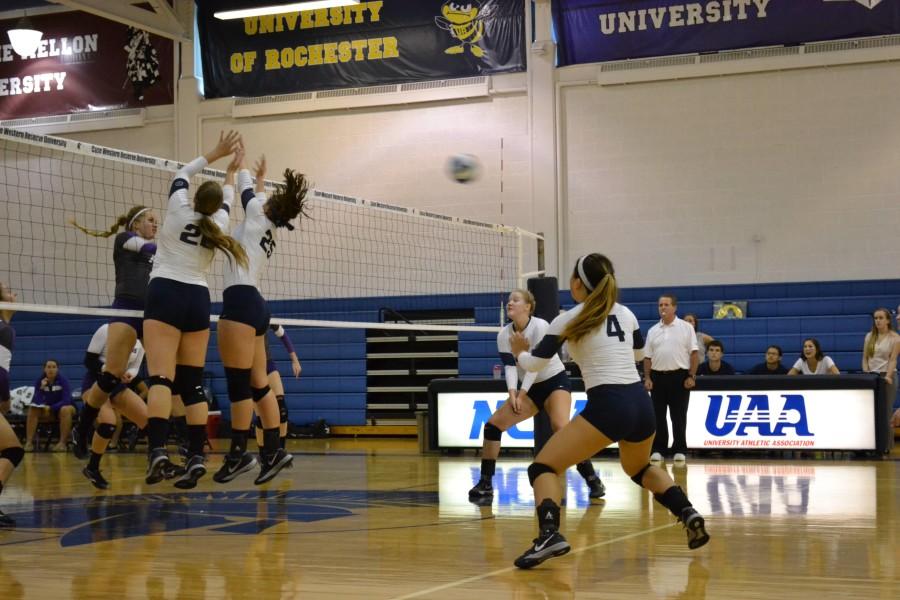 Multiple organizations have tried to fill the stands at games. The Case Association of Student Athletes (CASA), the Athletics Department, even the University Programing Board have all put on events to build school spirit. Additionally, a now defunct club, the 300 Club, used to be on campus and tried to ensure that 300 students were at each game, event, program and show that happened on campus. All have been rather unsuccessful at getting fans in the stands.

“We think those institutions have been unsuccessful because their true purpose isn’t to build spirit,” said Murcia. “They have other purposes that they are really good at and focused on.”

The founders of Blue CWRU point to a lack of infrastructure specifically to bring students to sporting events and build a unifying school spirit as the reason for the decline of attendance at games overall.

“All of those organizations have simply noticed the problem and tried to do things to fix it,” said Murica.

“It isn’t done directly,” said Dong. “CASA has done events but it isn’t part of their mission statement. They are there to support the student athletes.”

Now Blue CWRU has taken up that responsibility.

“We kinda see ourselves as the student-run marketing branch of the athletics department,” said Murcia.

“We want to try and galvanize the students,” said Armaan Hasan, another founding member of Blue CWRU and former Vice President. “It is really about putting in the effort to just building that spirit.”

By getting students into the stands, the group believes that they can start a self-perpetuating chain reaction of school spirit. Through experience with organizations like the Class Officer Collective and CASA, the founding members were able to realize what the student organization climate was like on campus and realized this special need for building spirit through athletics.

This simple premise proved harder than the founding members thought.

“We jumped into doing this during the middle of last year’s basketball season,” said Murcia.

Jumping in mid-season while also learning how to establish an organization led to some miscues. There was worry that you couldn’t feel the presence of Blue CWRU at the first event. There was no give away like they were planning, the face paint they bought for the game went unused.

“I was honestly surprised the first game went as well as it did,” said Hasan.

However the showing of support was extremely high for the young club. With a small core group of 50 students already attending home basketball games, bringing in another 50 and increasing the energy was a reachable goal.

“We realized that we had a lot of potential to make this into what we really wanted,” said Dong. “The six of us worked really hard last year to get to this point.”

The six founding executive members, Dong, Murica, and Hasan along with third-years Zech Medved, Taylor Moran and Louis Jin have led the organization to its current position.

“The goal is for new students on campus to think we are a 20-year-old established group on this campus,” said Murcia.

The Observer • Copyright 2020 • FLEX WordPress Theme by SNO • Log in