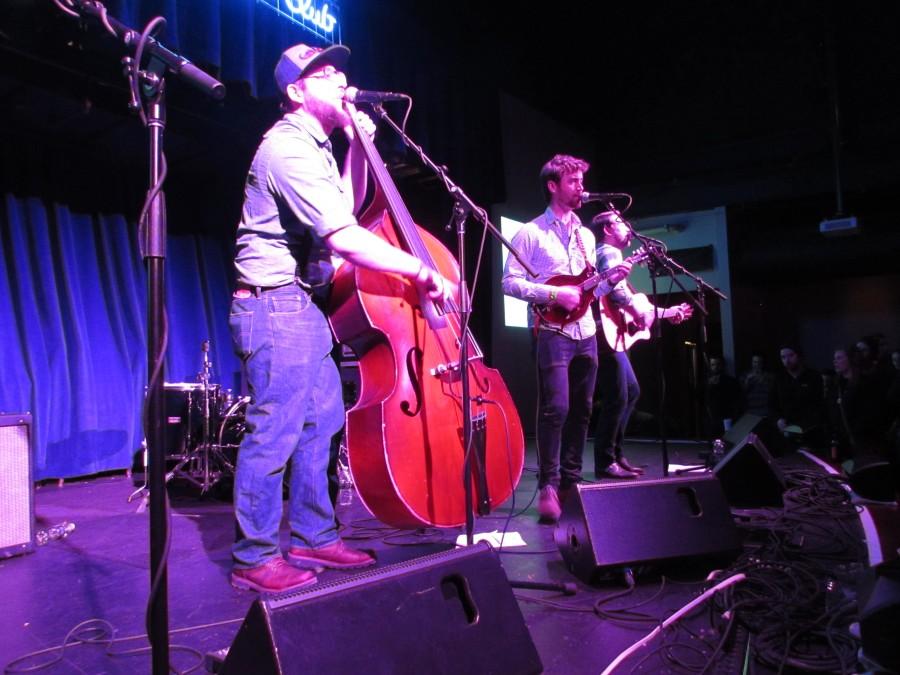 It was after midnight when Honeybucket took the stage for the latest concert at Brite Winter 2016. A large crowd filled the Music Box Supper Club, and bobbed to their unique bluegrass songs.

Before their show, members of Honeybucket explored the festival grounds during the day, watching Seafair and By Light We Loom, and enjoying the wide selection of food, which included Barrio tacos, Brewnuts donuts, Swenson’s burgers and grilled cheese.

They started their show with a folky cover of Kid Cudi’s “Pursuit of Happiness,” and flowed into more edgy bluegrass tunes like “Honey For My Baby.” At the beginning of their set, Honeybucket enjoyed a packed audience, but not so packed that people weren’t able to get into the venue. This was in contrast to some of their past Brite Winter shows, which were so full that many fans were turned away.

However, the band stayed at Music Box to party with dedicated fans until 2 a.m., when the restaurant kicked them out. Cleanup went quickly, as opposed to the more extensive cleaning that happened outside in the main festival area.