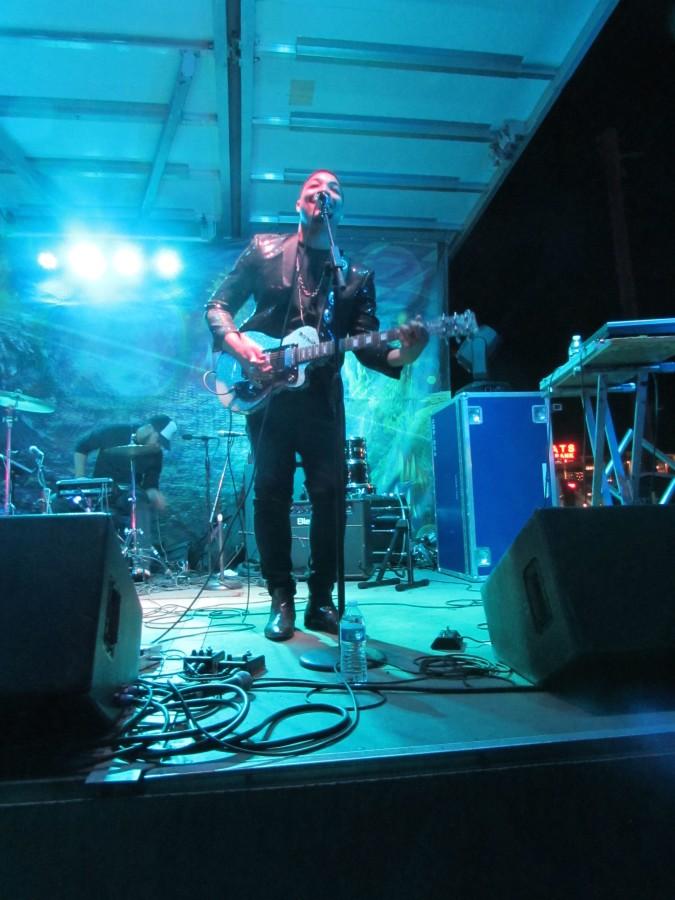 Local alternative act Marcus Alan Ward performed at a small stage at Brite Winter for a crowd that gathered after the sunset.

A chilly breeze blew through the audience. Ward asked everyone to start a slow clap to warm their hands up before he started performing. Unfortunately, the building clapping led to mumbling as it took another 10 minutes before sound engineers and the drummer solved technical problems.

Ward and his backing band launched into their eclectic mix of hip-hop, electronic and indie music, exemplified by their performance of their synth-heavy song “Dog Days.” At times, Ward strummed wildly at a guitar; other times, he tapped at a synth. “Performing and making magic with my fellow Clevelanders at Brite Winter was amazing,” he said the day after the show. “Glad to be a part of an awesome event!”

The audience laughed weakly. “We’re the best at streets though,” he said, then threw his arms up in the air in feigned victory. “Potholes!”

His joking was in good fun: Here at the West Bank of the Flats, the attendees weren’t commemorating a sports game or pushing for better streets. They were celebrating Cleveland’s ever-growing music scene.