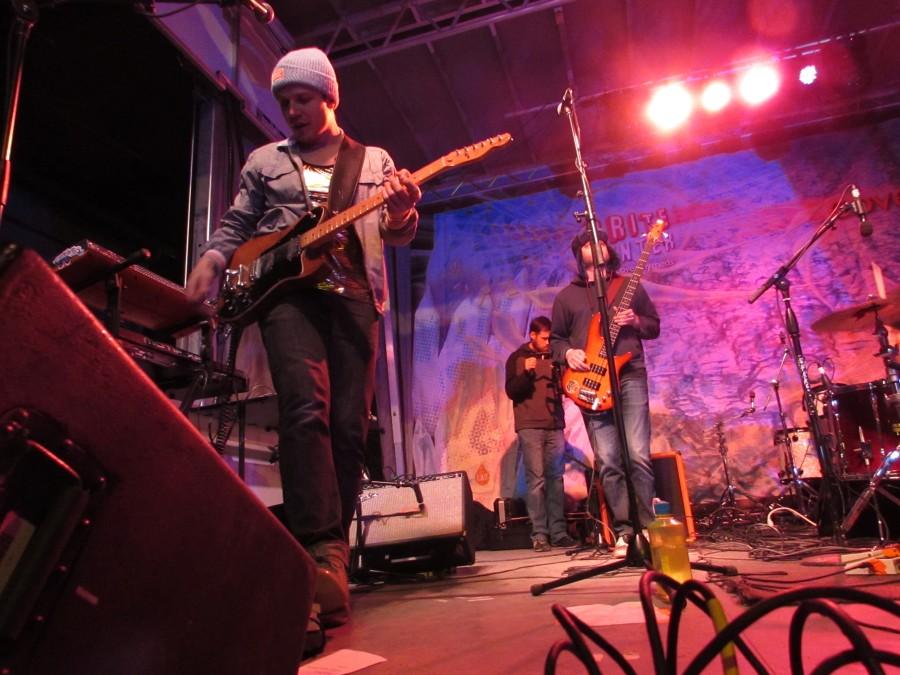 “We pretty highly value entertainment in a show,” says Nick D’Andrea, the singer of Nick D’ & the Believers. “We definitely like to make it a communal type of experience. We try to get everyone involved.”

For his band, it starts with the clothes. The entire band matched with gold outfits, whether it was D’Andrea’s gold jacket or drummer Joseph Barker’s gold shirt.  D’Andrea himself was energetic on stage, shredding his portable keyboard as though it was a guitar. At one point, a band member jumped into the audience to hype everyone up, dancing with different groups of people.

“If we were to go onstage with street clothes, it wouldn’t feel like anything was changing,” said guitarist Kerry Henderson. “We really let it rip.”

Nick D’ & the Believers played their most well-known track, “Wanted,” and noted that it will appear in an episode of “Pretty Little Liars.” In the past few years, they’ve grown as a band, but still returned to perform at Brite Winter, returning the favor for a fanbase that continued from a show two years ago. “We put in a lot of work the past couple years to play bigger and bigger shows,” D’Andrea said.

“In Cleveland, it’s probably the only city where you can have that kind of fest,” Henderson said.