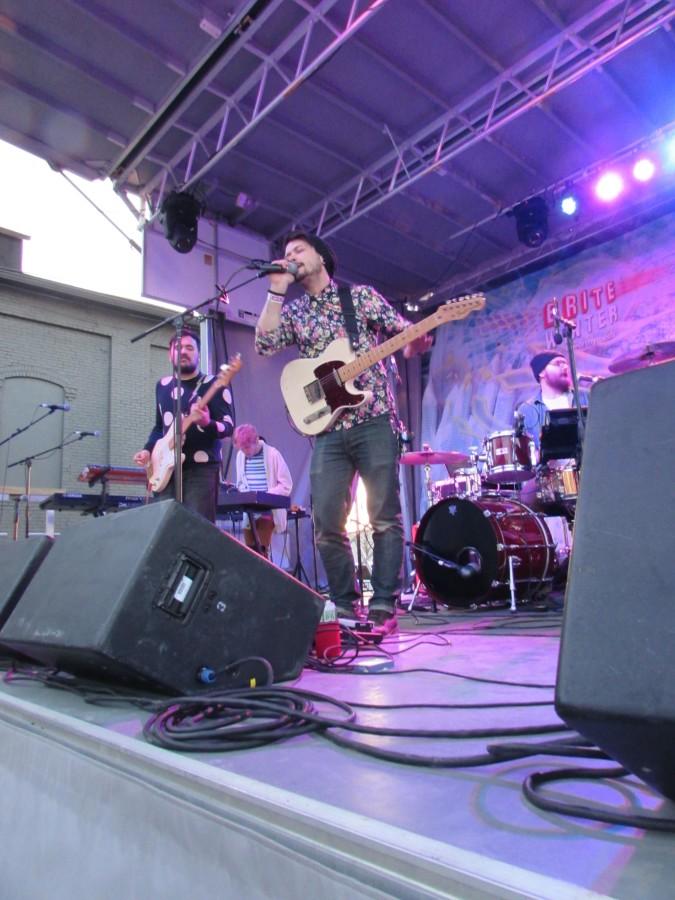 Although it was relatively early in the night, the crowd for Nonaphoenix lined up down the street in front of them, scattered and dancing in loose groups. From the stage, Andrew smiled at the audience.

“It’s difficult to replicate that sense of awe and excitement, yet Brite Winter effortlessly manages to do that year after year,” Andrew said the day after the festival. “We’re proud to call Cleveland home.”

Andrew said he was happy to be performing at Brite Winter at its scenic new location in the Flats West Bank. “A number of times during our set, I caught myself looking out at the bridges and Cleveland skyline with a goofy grin,” he said. “That feeling of being surrounded by thousands of folks all enjoying the same moment—amazing.”

Nonaphoenix played a cover of U2’s “With Or Without You” in addition to original content off of their 2015 album “Alive / Alive.” During their set, a line of Brite Winter staff members hustled towards the back of the audience carrying trash cans.

Despite those few last-minute tasks by the staff during Nonaphoenix’s set, their show didn’t feel rushed. As the sun put a golden hue to the wall behind the stage, the lyrics to the band’s song “Alive / Alive” flowed out from speakers: “My eyes are wide and hoping / I can feel it in my bones / I am alive / I am golden.”