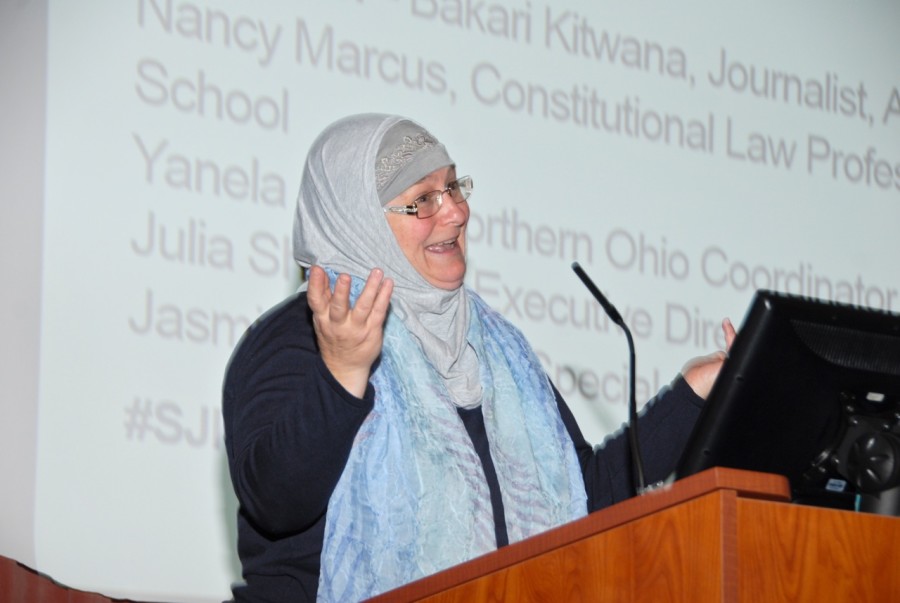 On Saturday the conference hosted three plenary sessions in Ford Auditorium focused on empathy, social justice and social transformation. Each session had a facilitator and several presenters who first spoke individually and engaged the audience’s questions collaboratively.

The second session, focused on social justice, was facilitated by Maxie Jackson III from 90.3 WCPM ideastream and featured CWRU Law professor Ayesha Bell Hardaway, Princeton University African American Studies Professor Keeanga-Yamahtta Taylor and activist Carol A. Apaestegui who was a former undocumented child. Central to the discussion was the meaning of “citizenship,” specifically regarding reparations for African Americans, Black Lives Matter and the effects of America’s immigration policies and discourse.

The last session, titled “Social Transformation,” featured journalist, author and activist Bakari Kitwana. The focus of the session was on LGBT rights legislation, Workers’ Rights and Union Legislation and the current actions and demands for justice on behalf of Tamir Rice and those affected by the brutality of the Cleveland Police. The presenters were Nancy Marcus, Founding Constitutional Law Professor at Indiana Tech Law School, Yanela Sims, Northern Ohio Coordinator for the Service Employees International Union, Sandra Ellington and Julia Shearson, Executive Director of the Cleveland Chapter of CAIR-Ohio.

Videos of the entire conference, including each of the plenary sessions will be available on the Social Justice Institute website.