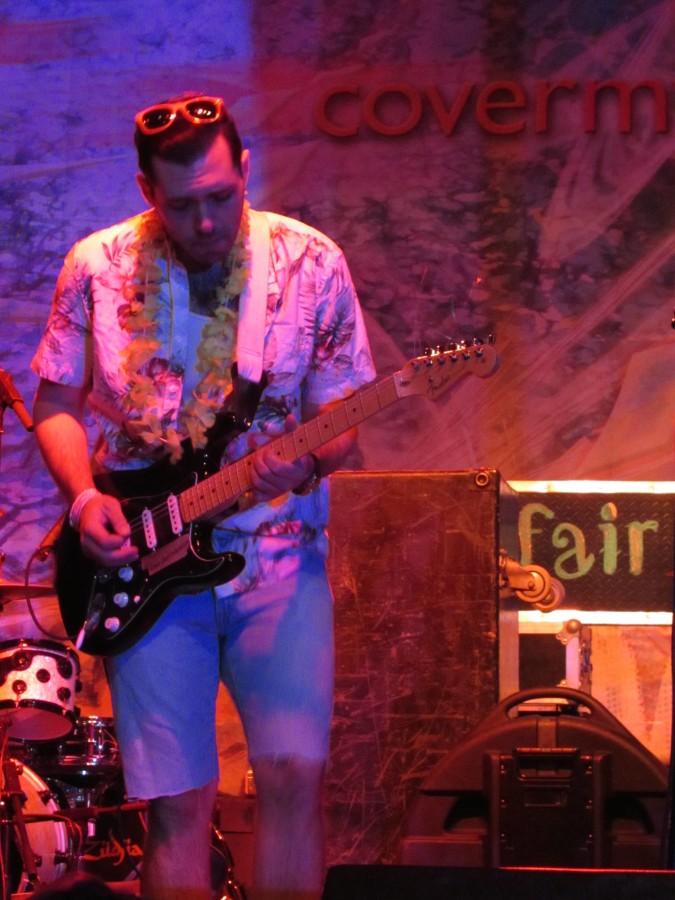 Before Seafair officially started their set at Brite Winter music festival, singer Chayla Hope looked disappointed as members of the band carried a pair of inflatable palm trees off the stage. The staff of Brite Winter didn’t allow the large props to be used during their performance.

“We actually forgot to ask if it was okay to put up the palm trees and the confetti cannons, but it turns out we didn’t need props to have a party,” she said.

Despite their lack of beachy decorations, members of Seafair entered the stage while “Kokomo” by The Beach Boys played over the speakers. Their Hawaiian shirts and grass skirts seemed more appropriate than coats for the weather this year.

Before they started performing, Seafair band members threw bundles of vibrant plastic lei necklaces into the audience. Everyone within 20 feet of the stage put on one or two to get in the summer mood.

By then the crowd stretched down the entire street as the band played their most well-known material, including “Helm & Anchor” and “Ohio.” The crowd was a mix of people there to see Seafair’s set, and those arriving early for Brite Winter’s headlining act: California band The Mowgli’s.

The opening slot was rewarding after playing last year, when the band assembled at the last minute to perform for a band which was unable to show up due to a snowstorm.

“This is what we work so hard for every day,” Hope said after the show. “Things like this keep us going, and make us push even farther. We won’t be coming down from this for quite a while, and I know Brite Winter 2016 is a memory that will never fade.”