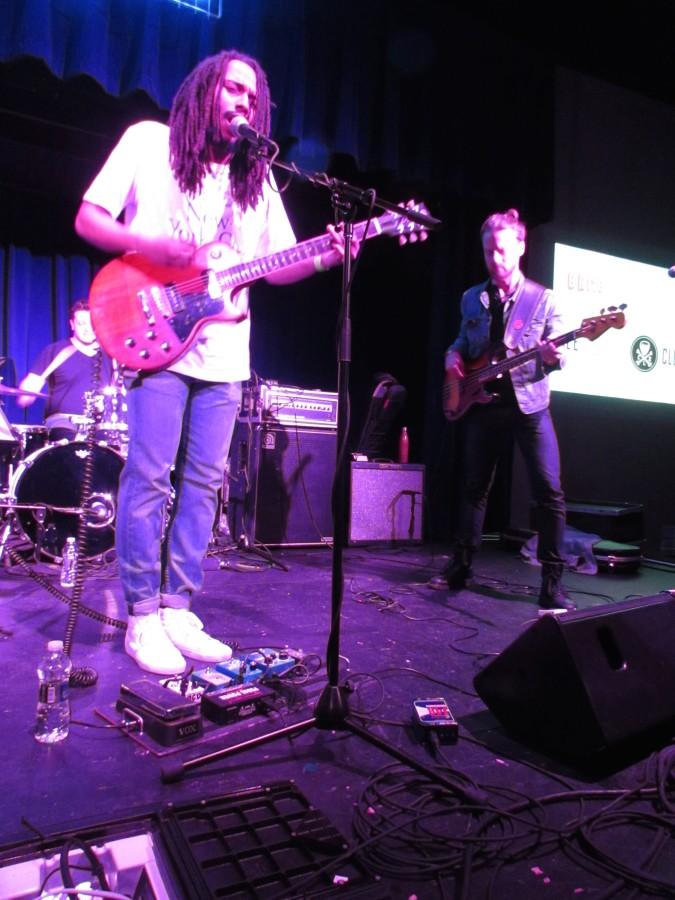 Blues rock band Thaddeus Anna Greene played a long set at the Music Box Supper Club in front of an excited, throbbing crowd of dancing audience members. However their attitude on stage was relaxed and laid-back.

The band has performed at Brite Winter several times in the past, so they knew what to expect from the winter festival. Still, that doesn’t mean they didn’t put on an engaging concert.

Drummer Anthony Foti went nuts at the drums with complex patterns, while whipping his hair around wildly. Singer TJ Maclin praised Foti at points by bowing down to him, astonished at his skill.

“It’s always nice getting to play in front of some new faces, and knowing that you made a connection or an impact on them,” said Foti. “We’ve played a ton of shows, but this one was especially refreshing for us.”

Thaddeus Anna Greene knew how to entertain the crowd even while they weren’t playing a song. At one point, Maclin had to tune his guitar, and asked bassist Matt DeRubertis to play a bass riff. Maclin said, under his breath,  “Sexy time! Sexy time!” in response to the sleek tune.

Each song Thaddeus Anna Greene performed was stretched out with additional solos and jam sessions. When they were ready to leave the stage, they took pictures with audience members and gave high fives, connecting with their fans.